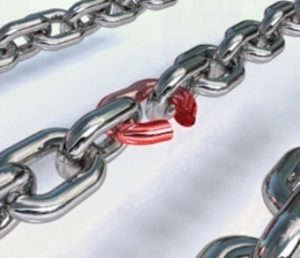 The “Lurking” Killer of Commerce.  There’s something happening in some of the biggest markets around the world, and nobody’s talking about it.  It’s a phenomenon that the US has worked its way through over the past 18 years – and the rest of the developing world is just now dealing with. And the global supply chain may see delays, bottlenecks, and pressures because of it. Trucker strikes have hit China, Brazil, Iran, Argentina, and pressures are building in India, other Asian nations, and parts of Europe. Why? There are multiple reasons converging together to create this backlash from truckers, but its common across all these markets.

It’s a change in doing business and running a supply chain that the US went through in the early 2000’s and it ties to third-party logistics companies (3PLs) and loadmatching apps.  Truckers that don’t have a lot of sophistication in third world countries are seeing their freight rates get pushed down dramatically by new 3PLs and load-matching apps that are slowly gaining momentum (much like they are in the US).

The problem is that it increases visibility to shipping alternatives, increases competition, and drives down freight rates. In short, it significantly reduces trucker’s incomes.  Add to this pressure a significant increase in new regulations across most of these countries and reductions in subsidies that used to keep fuel prices lower, and truckers feel like they are getting hit from every angle.  Their costs are going up, and their revenues are going down. That’s an overgeneralization, but the impact is real.

The real kicker here is that Governments in those countries don’t have a lot of choice in how they deal with this. For those countries that set national freight rates (much like the US had prior to deregulation in the 1990’s), they have a conundrum.  If they increase freight rates significantly, products from those countries become less competitive on a global perspective.  It reduces national exports. That’s especially the case in a modern global supply chain where cost visibility is instantaneous and it’s a bit easier to shift sourcing strategy on the fly (dynamically). It’s tough to blame big data and the internet of things (IOT)…but ironically, this is one of the potential growing pains and fallout. Business owners in developing parts of the world are finally being introduced to IOT and the ripples from it …and they are initially reacting by striking. They haven’t had a decade to slowly adjust to it like carriers in the US have. It’s hit them full force very quickly – and they are struggling to survive the transition.

Impact: Armada saw in the ISM manufacturing and services reports at the beginning of the month that output was being hampered by supplier bottlenecks.  Suppliers can’t get products fast enough to their customers, and it’s creating stock-outs, slowing assembly lines, and impacting product availability in general. Watch your supply chains – especially if you have exposure to some of these countries.  Also watch US port activity in the coming weeks.  As these wildcat strikes end, there will be a flurry of activity trying to get a backlog of products to consignees. That wave of activity will hit the US at a critical time, and capacity availability could get tougher. I would watch intermodal capacity and availability closely – especially the availability of simple things like containers. There could be a significant shortage of containers if these strikes hold up the movement of containers in foreign countries – not getting them to ports in time to make scheduled sailings.