Telematics: The electronic spy under the bonnet is changing the industry. 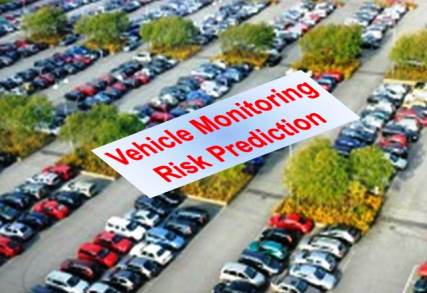 The cost of car insurance is rocketing. What had, until this year, been a gradual rise has recently become a rapid ascent with premiums increasing at an annual rate of about 20 per cent to reach record highs.

For many drivers there is little choice but to swallow the increase. Shopping around is always a good way to keep premiums down, but with prices rising across the board, quotes on price comparison sites are also going up.  So it may be time for more drastic action in the shape of a telematics insurance policy. The insurer installs a small black box under the bonnet (or, in some cases, an app on your mobile phone) and the box measures how well you drive. The better you drive, the lower the cost of the insurance.

“The box collects data on the position of the vehicle, the speed and driver behaviour, such as acceleration and braking,” says Jonathan Hewett of Octo Telematics, which provides technology to insurance companies.  “Then it is about building a driving score that can be used to derive a premium,” he adds.

As the technology moves beyond its infancy, insurers believe it has the potential to transform not only the way we use their services, but to bring down accident rates, frustrate fraudsters and bring financial savings for consumers.  Is telematics the future of car insurance?

Telematics policies have been available for around a decade, but only really took off five years ago. According to Ptolemus, a consultancy specialising in telematics and location-based services, there are about 850,000 telematics-based policies active in the UK and the number is growing by 6 to 8 per cent a quarter.  “It is a fast growing segment of the motor insurance industry,” says Ofir Eyal, partner at Boston Consulting Group. “But it is still a very low base.”  There are 40 telematics-based insurance propositions in the UK market, which is on a par with the US.  “The companies know what they are doing much better now,” says Thomas Hallauer, research and marketing director at Ptolemus. “And price comparison sites have got much better at selling them and explaining how it works.”

So far, most of the uptake has been from younger drivers — or the parents of those drivers who are paying for their offspring’s insurance. That is because their premiums tend to be higher than those of older drivers so they have more to gain from proving that they drive well.  “A 19-year-old could pay £4,800 without a telematics box, but with telematics that could fall to £1,600,” says Michael Lawrence, personal lines broker director at insurer LV, which has focused its telematics products on the under-30s.

But Mr Hallauer believes that higher prices for car insurance will encourage more uptake across a wider range of age groups.  For the insurers, the attractions of telematics stretch beyond the ability to grab more customers by offering lower premiums.  “What insurers value most is risk management, or trying to avoid a claim,” says Mr Hallauer. “It is about changing customer behaviour and reducing risk.” There are different ways of going about this. Mr Lawrence says: “Some products are very education-based. For example, we can tell people when the roads are expected to be icy, or we can alert people that there is a spike in accidents when the clocks go back.”

If the friendly advice fails, there is always the carrot-and-stick approach. A good example of the carrot comes from Carrot, a specialist telematics insurer.  “Carrot gives drivers a score per trip,” says Mr Hallauer. “[Good drivers] get a reward such as a box of chocolates. It is positive reinforcement on a very short-term basis. Rewards every month could be more effective than a discount on the policy, and that sort of offering could work with anyone — not just the young.” The stick used by some insurers comes in the form of letters, emails or even calls from psychologists to people who are driving badly, warning them that insurance could be withdrawn if the situation does not improve. “We want to try to educate people,” says Mr Lawrence. “If they drive badly, there is a penalty to pay.”

On top of that, there is the value of the data itself. Insurance has always been a data game — the more the insurer has, the better they can assess where the risks are and how to avoid them. Telematics gives them a whole new set of data to feed into their machines. Those who can assess and price those risks best put themselves in a strong position to pick up market share.

To read the full story, click on this link.  Source: Financial Times