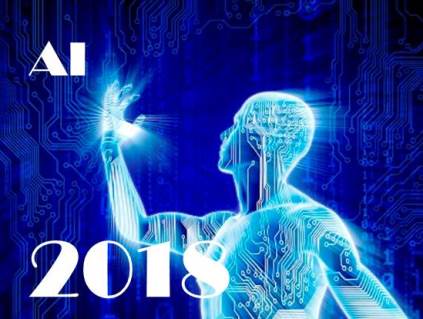 2017 was an exciting year for fans and adopters of AI. As we enter 2018, I wanted to take a look at what lies ahead. One thing is certain: we’ve barely just begun on this journey and there will be great successes and monumental failures in the year to come. Before I dive into the dangerous waters of predictions, it might be helpful to set the stage with some of the highlights and lowlights of AI of 2017. A lot happened this past year so I will try to keep this brief!

Ten events that shaped the year for AI chips in 2017

Now that we’re all caught up, let’s move on to the predictions. I will couch these in terms of High, Medium, and Low probability just to hedge my bets.

Moor Insights & Strategy, like all research and analyst firms, provides or has provided research, analysis, advising and/or consulting to many high-tech companies in the industry mentioned in this article, including AMD , Intel, NVIDIA NVDA +0.8%, Dell DELL +0% EMCEMC +0%, HPE, Xilinx XLNX +5.19%