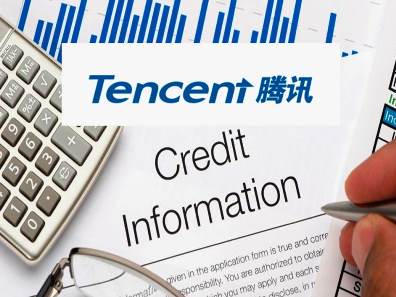 The service will be available to a massive user base of “all Chinese nationals who use WeChat or QQ,” two chat apps that “each has more than 800 million monthly active users.”

A ‘good’ Tencent Credit score is obtained when the company’s algorithm assesses the spending and social habits based on the following criteria:  “Honor, security, wealth, consumption, and social” (履约、安全、财富、消费、社交 lǚyuē, ānquán, cáifù, xiāofèi, shèjiāo).  A good score can provide users with many perks, such as “waiving deposits for housing rentals in Shenzhen, using WeChat to ride the metro, and renting Mobike bikes free for a month.”

This appears to be similar to Sesame Credit.  But Tencent has a lot of catching up to do with Alibaba, whose Sesame Credit already has 520 million users, and has already given those users $63.6 in waived deposits, according to Ant Financial, the Alibaba affiliate that runs Sesame Credit.

Recently, there has been some unusual trepidation among Chinese consumers about their data privacy, an issue that is relatively underemphasized in China relative to other countries with large middle classes. Sesame Credit admitted early this month to an “extremely stupid” design in its app’s settings that inconspicuously shared all users’ credit data with Alibaba’s separate payment app, Alipay, by default.  [Also Read:

For late breaking news about this launch click on this link