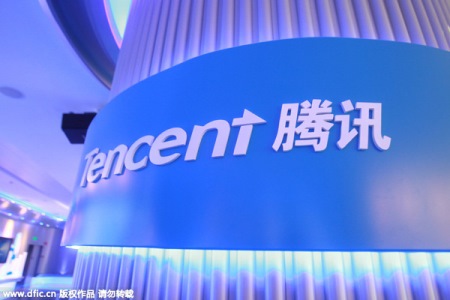 The central bank’s credit bureau has told Tencent’s credit rating arm to pull a credit scoring service, just one day after its launch as a trial program. Ongoing concerns about the misuse of credit and personal-credit information were the primary reasons that regulators issued the “window guidance” to Tencent Credit, a source said.

Tencent Holdings Ltd. recently released a trial version of its credit scoring system through its social media platform WeChat.  A user could get a credit score from 300 to 850, depending on their creditworthiness, if they input their national identity-card number along with their name and phone number. Tencent Credit would use metrics that included loan-repayment history, assets, personal information and behavior, as well as social media networks, to determine the score.

If a credit score was high enough, a user could receive perks such as taking out interest-free loans from WeChat’s WeBank service or signing up to Mobike’s bike-sharing service without putting down a deposit, according to Tencent Credit’s website.

However within one day after the launch Tencent’s credit rating service was down.  Some users reported seeing messages that warned users about the potential for identity theft if they allowed others to open accounts on their behalf. On Thursday, the company issued a message saying that the test period had ended.

Industry insiders told Caixin the move was not surprising under the current regulatory environment. Ant Financial Services Group was reprimanded by regulators earlier this year for automatically enrolling users in a credit scoring program.

On Jan. 4, the National Internet Finance Association of China submitted an application to the central bank to operate the country’s first centralized database on online personal credit. NIFA would have a 36% stake in the company, while the remaining share would be divided evenly among eight private companies.  These are the same eight companies that the central bank handpicked for a pilot project to jump-start China’s third-party credit reporting industry three years ago.