The Changing Landscape of Skills: IT Jobs Are Bound For Extinction 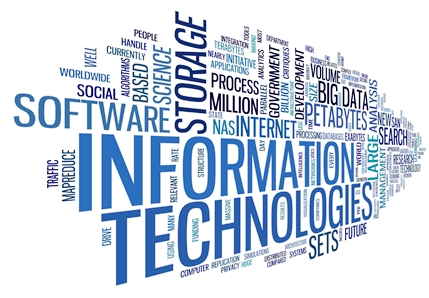 The IT industry has seen many such waves where the “next big thing” turned out to be smaller and shorter-lived than anyone expected, thanks to rapid shifts in technology.

Back then in the 1990s, the Internet was the big game changer. Today, automation and artificial intelligence, as a service are causing some jobs to disappear and others to radically change form.

Here’s a look at the kinds of tech jobs, even some of today’s hottest, like developers and data scientists, that could one day find themselves on the digital scrap heap and how you can avoid that dead end.

In the past, specialization in a particular tech discipline almost guaranteed employment. Now it’s a ticket to involuntary retirement.  “When I first started out in the IT industry, I did a lot of Windows server work,” says David Cox, CEO and co-founder of LiquidVPN, an anonymous virtual private network service.  “The rise of Azure and the Linux takeover has put most Windows admins out of work. Many of my old colleagues have had to retrain for Linux or go into something else entirely.”

The more closely a job is tied to a specific language, operating system, or product, the more likely it is to eventually become obsolete, notes James Stanger, senior director of product development for CompTIA, an IT industry trade association.

“The IT jobs I see threatened are the repetitive ones and those that focus on only one type of OS or vendor system,” he says. “Today it’s not about the vendor or OS; it’s about where the information resides and how useful you are at storing, manipulating, and securing that information. It’s all about connecting multiple systems now.”

The classic example is Cobol, says Elizabeth Lions, an executive coach, author, and president of Lionsology, a job leadership consultancy. Because legacy mainframe systems remain in operation at large financial institutions, aging boomers with these skills can still demand top dollar. But there are far fewer opportunities than before, and they won’t be around for much longer.

“Anyone with the words ‘computer operator’ in their job title, people who work on mainframes or deal with tape storage, is going away,” she says. “Cobol programmers are right along with them. We still pay them handsomely because they’re hard to find, and when you need one, you really need one. But they’re becoming obsolete.”  The same holds for coders weaned on C and C++, says Lions.  “The entire world has gone to Java or .Net. You still find C++ coders in financial companies because their systems are built on that, but they’re disappearing.”

Likewise, Smalltalk, Flex, and Pascal were all commonly used languages at one time, notes Geoffrey Bourne, CTO of job site Ladders.  “But they quickly went from being popular to being only useful for maintaining older systems,” he adds. “Engineers and programmers need to continually learn new languages, or they’ll find themselves maintaining systems instead of creating new products.”

Julia Silge, a data scientist for online programmer community Stack Overflow, says watching what tech pros are talking about on the site’s Q&As, in particular when they’re doing it, is a good way to suss out hot new languages and skills.

A few years ago, when Silge noticed that Ruby on Rails was showing up in Q&A tags more often on weekdays than weekends, she realised it had shifted from a language that coders tinkered with in their spare time to part of their daily work. Today, she says, demand for PHP, WordPress, and LAMP skills are seeing a steady decline, while newer frameworks and languages like React, Angular, and Scala are on the rise.

But it’s a constant moving target, notes Bob Melk, president of careers site Dice. “Right now, Java and Python are really hot,” he says. “In five years they may not be. What programming languages may overtake them? Time will tell. The key is to stay on top of the data.”

Thanks to the massive migration to the cloud, listings for jobs that involve maintaining IT infrastructure, like network engineer or system administrator, are trending downward, notes Terence Chiu, vice president of careers site Indeed Prime. But instead of vanishing entirely, some admin jobs are moving out of IT and into other areas of the organisation.

“Previously, job seekers with high-demand technical skill sets and expertise were mainly hired into IT departments,” he says. “Nowadays, traditional IT skill sets are in demand across a wider variety of departments, from engineering and product management, to business intelligence and even design.”

Instead of lurking around the server room, many sys admins can be found in marketing or sales departments managing their companies’ CRM implementations, notes CompTIA’s Stanger. But he adds that IT admins can still remain relevant by attuning their skills for the cloud-mobility-IoT era.  “With everything being done through service-level agreements, it will be the sys admin’s job to hold cloud providers’ feet to the fire,” he says. “That means they’ll need the ability to read through a contract, understand the ramifications, and turn technical language into lingo business managers will understand.”

For their part, network administrators who want to remain viable need to get up to speed on cloud architecture, says Melk. In Dice’s 2017 survey, salaries for networking and storage specialists rose faster than for any other IT job, but only for those well versed in the cloud.

“Admins who were all about routers and the hardware must evolve their roles from on-premises knowledge to cloud-based, if they want to remain relevant,” he says.

“Database as a service has minimised the need for every IT shop to have a database administrator,” he says. “DBAs are still needed, just not as many. If I was an Informix DBA for the past 20 years and have no interest in learning how to modernise my skills, then I significantly limit my options.”

Other once-hot tech jobs aren’t dying so much as shrinking. Roles that were once a full-time occupation have become part of a portfolio of skills, thanks largely to more sophisticated tools that simplify and automate them.

At one time, webmaster, SEO specialist, and social media strategist were three separate jobs in a company’s IT department, says Stanger. Now they’re all part of a marketing professional’s day-to-day responsibilities.

A similar transformation is happening now to data analytics. Every day, big data gets a little