The Global War of Narratives and the Role of Social Media 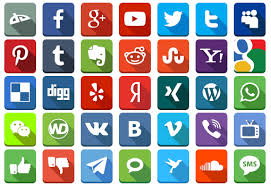 The creation of strategic narratives is at the core of modern strategic communication strategies in business, politics and even in warfare. The battle of narratives has become the bedrock of international politics, and social media a powerful tool to fight this battle.

The unique characteristic of social media is that it empowers and enables individuals to engage in ways unseen before. Propaganda or so-called ”psy-ops” is not a new phenomenon in warfare to shape opinions and influence outcomes. However, the ease social media and digital manipulation strategies are being used with on the battlefield make policy makers, military leaders and intelligence agencies struggling to keep pace and adapt.

The transmission of information has become ubiquitous. Unlike traditional media, social media improves reach, frequency, permanence and immediacy. Social media allows the interactive communication between people without spatial limits or time constraints and offer the opportunity to transfer the content of any messages under any form (vocal, visual, written) to anyone on the planet. Social media has become an amplifier of ideas, a creator of meaning and a generator of conflicts as well. Social media is the current vector of choice. New developments in technology such as advanced machine intelligence and learning will make these issues even more salient in the future. Warfare in the information domain has become an integral part of modern military operations, with social media platforms playing an increasing role in organization, mobilization, dissemination and intelligence. As a tool for organizing operations, social media and mobile phone technology provide multiple, redundant channels for conveying instructions and orders between different groups in different areas. ISIS is the first organization that has used social media as a force multiplier. The organization has, for instance, developed several applications such as “The Dawn of Glad Tidings” or “Nasher” to securely share information among its members. Smart use of social media can also be a powerful tool for recruiting and mobilizing people. ISIS originally used Twitter very aggressively to attract new recruits. It has very recently even launched a mobile application exclusively devoted to teaching Arabic to children. Not only does the application teach jihadist themes but it also propagates the values of the organization. In terms of dissemination, photos, tweets, videos and Snapchats of the adversary’s actions are spread throughout social media at record speed, fuelling conflict on all sides in a process that some dub “smartphone-intifada.” Last year, the first notice the international intelligence apparatus had of the launch of a Scud missile from Yemen into Saudi Arabia was from a series of ‘hashtag scudlaunch’ tweets from civilians on the ground demonstrating the importance of social media also as a source of open source intelligence.

By extension, social media is also a powerful tool to conduct misinformation or “shock and awe” campaigns aimed at deterring morale, changing the direction or outcome of a war or triggering a response that will provide a strategic advantage. Daesh’s or the so-called ISIS’ initial strategic successes relied on filming the execution of local people and distributing the video via social media before launching an attack on a new village or city, attacking the morale and desire of citizens and opposing forces to resist their expansion. This strategy has since then been emulated by other extremists groups.

In an era characterized by the fight for global values, social media have the potential to tip a conflict. Since the disclosure of prisoners’ abuses in the Abu Ghraib prison, we know that the release of pictures in the press can completely undermine a war effort. In this case, it completely sapped the moral authority of the United States and the coalition not only in Iraq but also globally. Social media and digital technology magnify further the strategic impact of individual as the release of classified information by Bradley Manning or Edward Snowden demonstrated.

The global war of narratives to shape perceptions is also at the core of so called “net-trolls strategies” – a relatively new phenomenon in the context of international security. “Net-trolls” initiate discussions and invite comments so that contents that are deemed offensive or detrimental to the organizations (and sometimes people) are buried by friendly and supportive views. The reverse is also true. Recent data suggests that the Chinese government fabricates and posts about 448 million social comments a year. Russia has similarly developed advanced net-trolls strategies to secure its geopolitical space. The Israeli Defence Force (IDF) is one of the first military organisation that has used social media, as a force multiplier on the battlefield since the second part of the 2000’s. The IDF’s early adoption of the technology was however a reaction to the powerful information and psychological operations that Hezbollah had conducted during the 2006 Lebanon war and which contributed to Israel’s defeat by creating a normative environment depicting Israel’s operation as a failure. The painful lessons learnt and adaptation of the IDF set an example that has been emulated since then. For instance, The British Army set up a special social media force ‘to engage in unconventional warfare in the information age” at the end of January 2015.

At the core of all this is the widening cast of actors, especially those that control the platforms. From Facebook to Twitter, YouTube, Snapchat, or Instagram – all have become strategic actors on their own. Both Twitter and Facebook have demonstrated the power of their platform through manipulating their users’ emotions by changing their news feed to proving the importance of its platform in countering violent extremism when deciding to audit and close down accounts tied to ISIS last year. However, as soon as one account is closed down, more appear. Twitter, Facebook and YouTube`s decision last year to align, fund and publish videos cautioning against violent radicalization was applauded for the same reasons. The importance of the private sector engagement to fight modern day terrorism should not be underestimated. According to Victoria Grand, Google’s director of policy strategy, to “combat Isis’ deft command of social media” Google is now actively urging all users of its platforms to use their skills to tell a different story to counter the narratives being spread by ISIS.

Perceived lack of progress on the part of the formal security establishments in this regard has in some instances led to vigilante activism as seen when the hacker-collective “Anonymous” attacked ISIS cyber capabilities, for example by reporting misuse to Twitter and supposedly removing more than 20,000 accounts being used by jihadists off the internet. Similarly, the Ghost Security Group (GhostSec) an allegedly group of cyber experts in counter terrorism conduct intelligence operations and report suspicious activities to the authorities. GhostSec claims to have foiled terrorist attacks in Tunisia for instance. The US Cyber Command launched a series of attacks last month on ISIS – but only to find themselves criticized for doing too little too late and risking to rupture years of intelligence work to follow the cyber-trail of ISIS

Current technological developments in artificial intelligence are about to become important influencers in war of words as well. Chatbots or chatter robots, conversational entities relying on artificial intelligence to spread information or in most cases concerted and repeated mis – or skewed information, will have an increasing role in driving the narratives on the ground. Chatbots can also be used to fight terrorist organisations’ propaganda and recruiting machinery such as the one of ISIS.

The bottom line here is that individuals and non-state actors have become, to a much greater degree, thanks to the digital revolution and the growing importance of social media, also creators of meaning and have the ability to confront and destabilize institutions and missions. It follows that the digital transformation of the battlefield requires a much greater awareness of the importance of narratives on shaping perceptions of success and failure. This implies a new form of vigilance by all involved stakeholders as these narratives can be manipulated, countered, magnified or downplayed by a dedicated use of social media strategy which only requires the capabilities of a few individuals and very soon of a few well programmed Chatbots.