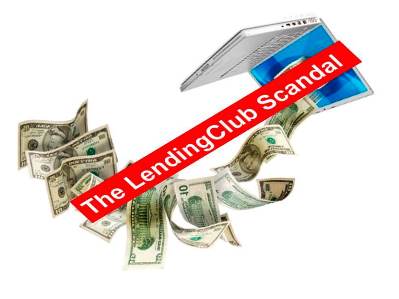 LendingClub, which was seen until last week as the gold standard in FinTech startups, had its shares plunging 51 percent last week after the surprise departure of Chairman and CEO Renaud Laplanche and the disclosure of faulty internal controls. The company shocked investors with the announcement of accounting irregularities, conflicts of interest and the consequential departure of its CEO Laplanche.  A review by the board of directors concluded:

It’s likely that this scandal will have a wider impact on the online lending and FinTech industry, at least in the U.S. The Journal reports that “investors and analysts say they have grown more cautious about the entire online-lending sector” since Laplanche’s exit.

LendingClub was founded in 2007 and is a peer-to-peer lender; consumers can take out loans of up to $40,000, supplied by a third party, that are then packaged up and sold to institutional investors who want to receive the stream of interest payments in return.  The immediate concern for LendingClub’s management is to prop up the flagging business and stop it from imploding.  LendingClub says: “A number of investors that, in the aggregate, have contributed a significant amount of funding on the platform, have paused their investments in loans through the platform. As a result, the company may need to use its own funds to purchase these loans in the coming months.”

This means that LendingClub is going to fundamentally shift its business model from taking no risk to taking on the risk of borrowers defaulting. The startup sold itself as simply a marketplace, connecting borrowers with investors, but now it is buying its own product.

A government investigation and lawsuits are now inevitable.