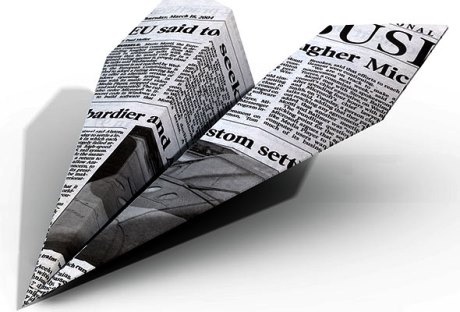 Who is doing the Killing?  it is Facebook & Google

The first newspapers were printed in the 17th century, and the methods of both their creation (movable type) and their distribution (on paper) remained broadly unchanged for three centuries.

When Marxism Today’s published its New Times issue in 1988, that system was unravelling. Computers had arrived and the print unions’ insistence on sharply delineated workplace roles was under threat.

This had already led to the Wapping dispute of 1986, in which Rupert Murdoch moved his newspapers to new headquarters to break the collective power of the printers. It took 13 months and 1,262 arrests, but it ended with thousands of men in effect accepting that their skills were obsolete.

That trend has merely continued.

Today’s journalism students are encouraged to become jacks of all trades, they learn how to make videos, record podcasts and use databases, they master Photoshop, they understand social media and, yes, they even write and edit stories.

On one level, the world of news now seems gloriously open: anyone can start a blog, anyone can publish on the Huffington Post (if you don’t mind not being paid) or Medium, and anyone can build a following on Twitter or Facebook. But there are new barriers to entry.

Local newspapers, once the training ground for young reporters, are dying out: there has been a net loss of 198 since 2005, according to the Press Gazette. Their classified adverts have gone online or gone altogether, and some of those titles that remain are consolidated into remote industrial parks, far from the communities they serve. So there is less reporting of court cases and of the petty corruption of councillors (Private Eye’s Rotten Boroughs, which still covers that ground, is never short of material).

In place of independent papers are glossy PR puffs produced by councils. In December, the editor of the Hackney Citizen complained that the local authority was producing its own fortnightly freesheet, Hackney Today. The latter sells advertising space, making it a direct competitor to independent newspapers, and the council pays for 108,000 copies to be printed by Trinity Mirror and distributed to households every fortnight. It is produced by a press office.

National newspapers are also struggling. Print circulations are falling and the returns on display advertising online can be pitiful.

Most online adverts are “programmatic”: sold in real-time auctions on a CPM (cost per mille, or thousand clicks) basis. Users hate them for slowing page loads or interrupting their reading. Unsurprisingly, the use of ad-blocking software has risen steadily.

The industry has tried to fight back by expanding the types of adverts it sells. That is why everyone became so excited about video a few years ago: publishers could place an un-skippable advert before a video clip and charge pounds, not pennies, using CPM.

The Internet-only news organisation BuzzFeed had another strategy: from the start, it didn’t sell display advertising, only “native ads”: what used to be called advertorial.

The theory was that users might be irritated by display ads but they wouldn’t object to a pet-food brand sponsoring a heart-warming video about life with a pet. In at least one case, this paid off handsomely, BuzzFeed’s 2015 collaboration with Purina led to a video called Puppyhood, which racked up four million views in two weeks. The challenge is to repeat that winning formula again and again.

Other publishers tried the start-up mantra: build it, scale it fast, hope the revenues turn up at some point. Medium, a cleanly designed blogging platform, was launched by the Twitter co-founder Ev Williams in 2012 and attracted big-name publications and writers.

But on 4 January Williams announced that he was “renewing Medium’s focus” by cutting a third of its staff, because it was not financially sustainable. “It’s clear that the broken system is ad-driven media on the Internet,” he wrote.

“The vast majority of articles, video and other ‘content’ we all consume on a daily basis is paid for, directly or indirectly, by corporations who are funding it in order to advance their goals. And it is measured, amplified and rewarded based on its ability to do that.”

If journalism is to survive, it needs either to cut costs (read: sack journalists), or build revenues. Hence the proliferation of sidelines: conferences, round-tables, business-to-business operations, events, sponsored supplements and the rest. Some companies are trying a more direct approach. The heavily loss-making Guardian is investing in a membership scheme, and the radical US magazine Mother Jones has a pledge to fund in-depth reporting. (Individual journalists are trying this, too: The Patreon website offers readers a chance to fund writers directly, at a set cost per month or per piece.)

Of course, someone is making money out of the great flowering of content on the web. Facebook has 1.86 billion monthly users, and in the third quarter of 2016 its net income was $2.38bn, up from $896m a year earlier. Along with Google, it controls two-thirds of the online advertising market.

“Facebook is the new town hall,” Mark Zuckerberg told investors. Unfortunately for him, that role in public life is what made Facebook the focus of the row about “fake news” after the US election. For millions of people, Facebook is where they get their news; its editorial decisions and inbuilt biases shape our common understanding of reality.

You might not have to get your words past the print unions any more, but you do have to pander to what Facebook’s and Google’s guiding algorithms deem important. Zuckerberg has more power than anyone who bought ink by the barrel ever did.