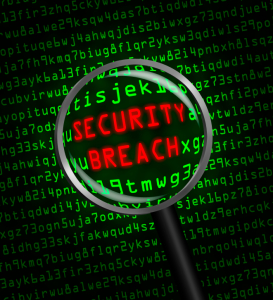 Almost a year ago, Target first revealed a data breach had compromised millions of its customers’ credit and debit card information. Since then, the news has been dominated by the discovery of new breaches, disasters collectively putting millions of consumers’ information at risk and every consumer on alert. This time around, consumers haven’t forgotten: according to TransUnion’s most recent consumer survey, 95% of Americans are concerned about identity theft this holiday season. Are you?

The Problem of Identity Theft and How to Manage It

Progress in the fight against identity theft?

The FBI files cases against criminal enterprises suspected of stealing consumer identities, often on a wide scale and involving several states and communities. From 2008 through the middle of fiscal year 2013, the Bureau reported 1,600 convictions and $78.6 billion in restitution for identity-theft-related crime. During that same time period, another $4.6 billion has been recovered, and the federal government collected $6.8 billion in identity-theft-related fines. In other words, there is a lot of money involved in identity theft.

Despite the best efforts of law enforcement, identity theft remains a significant, growing problem. The U.S. Treasury Department reports 1.6 million identities were stolen in 2013, up from 271,000 in 2010. Already, billions of dollars have been unlawfully obtained by criminals, and Treasury warns that, over the past five years, the federal government may have delivered as much as $21 billion in fraudulent, identity-theft-related tax refunds.

The Globe reports that even tax preparers have been caught filing tax returns without their clients’ knowledge, collecting and keeping the money for themselves. For now, government efforts have not caught up with identity theft scammers.

The Federal Trade Commission reports 8.6 million households experienced some form of identity theft in 2010. In 2006 and 2007, five percent of people ages 16 and older fell victim to identity theft, according to the U.S. Bureau of Justice Statistics. Per theft, that amounted to an average of $10,000 in losses to financial institutions and victims.

Protecting against identity theft is a matter of being cautious about who you share sensitive information with and how you share it. Here are some easy protection steps you can take:

What to do if your identity is stolen

Even if you have taken all the precautions suggested above, you may still become an identity theft victim. Here’s a plan of action should you notice any strange activity on your bills or financial accounts:

Identity theft is a time-consuming and challenging ordeal. The faster you begin notifying the proper authorities after you detect a theft, the more likely you will be to stop the damage early in the process.

Courtesy of TransUnion – A BIIA Member