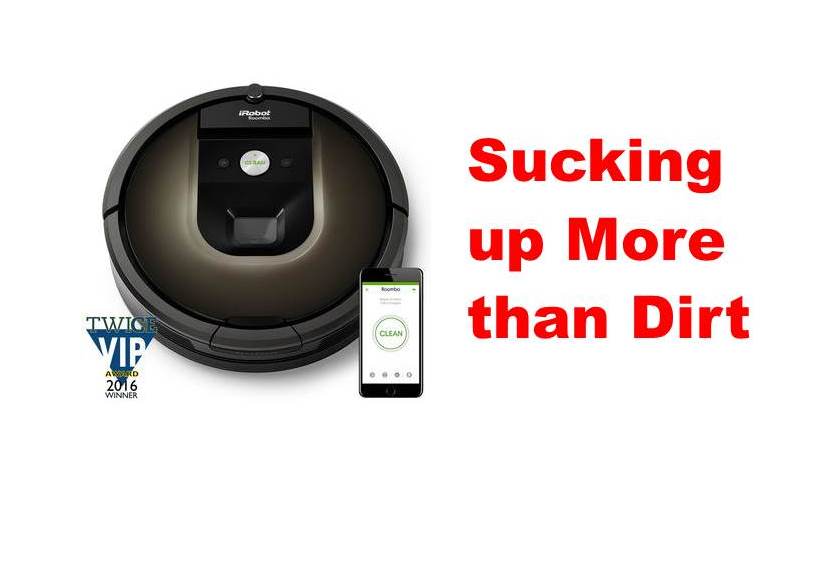 Roomba, the robot vacuum cleaner that took advanced technology and applied it to the consumer market by trying to eliminate the lowly task of vacuuming, has been in the news recently. Apparently, its devices suck up more than the dirt in your home: they are sucking up data about your home as well. And Roomba is starting the think about selling this trove of data.

There are several aspects to this development that merit discussion. First, of course, there’s the privacy issue. Roomba was forward-thinking to the extent that it buried appropriate language in its privacy agreement that allows it to do pretty much anything to the data it collects. However, that language wasn’t prominent and was written in legalese. In short, while it may be legal for Roomba to sell customer data, it wasn’t up-front and transparent with its customers.

Right now, most pundits are saying that convenience trumps privacy every time. That may be true currently, but I expect consumer attitudes will begin to shift as the nature and extent of furtive data collection fully penetrate the collective conscience.

Exactly what data does Roomba collect and how valuable is it? I have said many times that not all data are valuable, and while Roomba certainly has a trove of data, I am not convinced it is a treasure trove of data. Many articles on the subject talk breathlessly about this goldmine of “room geometry” data. Specific potential uses (of which very few are mentioned – a big clue right there) are such things as designing speaker systems. Sounds legit, but can Roomba tell you the ceiling height of the room? Can it tell you what rooms play music now? There are lots of clues that these data may not in reality be all that useful.

And who would buy these data? The articles are equally breathless on this subject, suggesting that of course Amazon would want it. Others suggest Apple will snap it up, and perhaps Home Depot as well. If you step back, all you see is a list of big companies with products for the home.

The increasingly common view that every company, including manufacturers, is expected to have a data strategy, is trendy, silly and will ultimately collapse. Not all data are valuable, and having huge quantities of not-valuable data doesn’t change that fact. And when you consider that to gather these data you risk a privacy backlash and reputational damage, companies (and those who fund them) will ultimately start to realize that not all data are created equal. Only a fortunate few can casually generate high-value datasets, and even then, it’s not cost or risk free. The InfoCommerce prediction: Roomba won’t be cleaning up with data anytime soon.