The Tech Revolution Will Change Or Even Erase Your Job 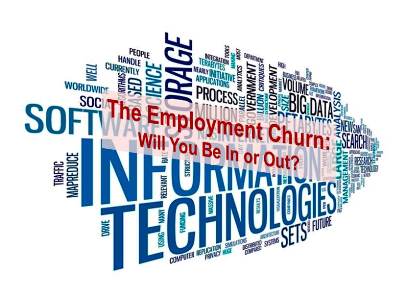 If you’re in computer science, engineering or math, the news isn’t so grim The Fourth Industrial Revolution is under way and while it could lead to the loss of more than 7 million jobs over the next few years, it also should add jobs in the fields of computer science, math and engineering.

The global workforce is expected to go through “significant churn” in the next four years, according to a report from the World Economic Forum, a Geneva, Switzerland-based organization focused on analyzing and improving the state of the world.

“Developments in previously disjointed fields, such as artificial intelligence and machine learning, robotics, nanotechnology, 3D printing and genetics and biotechnology are all building on and amplifying one another,” the report noted. “Smart systems — homes, factories, farms, grids or entire cities — will help tackle problems ranging from supply chain management to climate change.”

Analysts expect the impact from many of these changes to arrive within the next five years. That could include a net employment impact of more than 5.1 million jobs lost to changes in the labor market between 2015 and 2020, with a total loss of 7.1 million jobs when other job market factors are included. Two-thirds of those losses could come from the white-collar jobs.
It’s not all bleak, though — especially for those in tech fields.

The World Economic Forum predicts that, in the same time frame, the world workforce will gain 2 million jobs in fields related to computer science, engineering and mathematics.

Survey respondents from around the world largely pointed to data analysts as workers who will be in demand across a multitude of industries. Data analysts are expected help companies “make sense and derive insights from the torrent of data generated by technological disruptions,” according to the report.