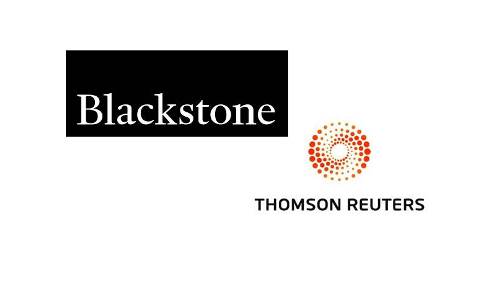 Thomson Reuters recent decision to sell over 60% of its share in its Finance and Risk division to Blackstone has met with a mixed market reaction . Analysts are divided on why this was done and what it means .  In retrospect the merger of Thomson and Reuters was a failure.  Many of the expectations, of a deal made in heaven, never materialized.

Here is an interpretation by David Worlock gathered from internal and external evidence .

Thomson Reuters brought together the financial services interests of both Thomson and Reuters , alongside Thomson’s US-dominant legal and tax information services . Reuters had been a public corporation in the UK , owned by the newspapers who bought its services ( like PA or AP) . Its culture was very much a market services culture . Thomson was a Canadian corporation in newspapers and radio that sold its major interests there in the late 1950s to move to the UK , and , fuelled by its North Sea oil investments , developed into one of the largest UK media groups . Its culture was as the investment portfolio of founder Roy Thomson , who became the first Lord Thomson of Fleet . The group acquired ruthlessly through the 1960s and 1970s until union difficulties and a negative view of the future of the UK outside of the EU led to the sale of most of the UK assets and the rebase-ing of the company in the US . This strategy was created by Roy’s son Ken Thomson, who led the company after his father’s death and who retained the family holding , 70 % of group equity , in the family’s Woodbridge Trust in Toronto .

Under David , the third Lord Thomson , now a man in his mid 50s, a serious attempt was made to focus and reconstruct . The purchase of Reuters , while enriching the cash-starved newspaper owners , was intended to provide a competitive bulwark against Bloomberg . It was also argued that the Reuters managers would refresh their Thomson senior colleagues – many of whom took the hint and left . Finally , here was a chance to put together something wider in scope than Bloomberg : a solutions company for the financial services and legal and tax requirements of the worlds corporates . This strategy appears to have failed . The Woodbridge Trust , which in the Reuters deal had diluted itself to 53% of the group , has now increased its holding through share buy backs , but is relinquishing its position in the Financial Services and Risk side for $17 bn to Blackstone .

Decisions of this type do not arise overnight and this one had its makings in the original Thomson Reuters deal :

That agreement did not work out as envisaged . The combination of Thomson Financial and Reuters hardly rocked Bloomberg , though the latter was more expensive . The management team was not as effective as had been hoped , and Tom Glocer and Devon Wenig left the business. And the integration took longer , cost more , and and was less effective than hoped.

The Eikon programme began in the teeth of a recession , and far from being the competitive lynchpin became an expensive passenger until it really began to get some momentum in the past two years
Integration of the three parts into a corporate whole has been slow . Data is still largely siloed and across the board joint developments are few . If the businesses are to split up then it makes sense to do it before parts of the group start mixing each other’s data seriously in new product development .

Growth has been elusive . With average growth in the mature businesses in the 2-3% range post-recession , earnings and market ratings have been subdued . The sole bright spot has been the rapid rise of Risk and Compliance , now with growth rates in the 15-18 % range . However , nothing Thomson Reuters were doing seemed likely to unlock rapid growth elsewhere .

Corporate attitudes tend to get entrenched around getting the numbers , and thus feeding the sales and operational management incentive schemes that are based upon them . While Jim Smith and his senior colleagues were clearly up for the challenge of digital in a data driven networked world , the ship they were piloting was sluggish and not particularly responsive to calls to go beyond satisfying the performance requirement . This is not to say that Thomson Reuters were not innovative . From Open Calais to Project BOLD they often set industry standards and showed real insight into the needs of their digital customers . But has this innovation reached deep into their operating divisions , and done so fast enough to engage their customers in a way that changes the nature of their work? For Thomson Reuters the answer must be , as for many of their peers “ sometimes , not often , too slowly , and less often than start-ups less encumbered by history and performance expectations “.

The Woodbridge Trust is a family vehicle . No other siblings or their descendants work with Thomson Reuters other than David Thomson , as non-Executive Chairman and owner . The trust had expectations of growth and performance that were almost certainly not being met . It is easy to envisage the way in which this put pressure on the chairman and induced a radical change of direction . As indicated above , the Thomson family have never been wedded to particular businesses ( minor exceptions would be Janes Defence Group , now part of IHS Markit , and Arden Shakespeare , now part of Bloomsbury ). But these are exceptions to the Roy Thomson ethic of leaving the management  ( and the editors) to get on with the job – and selling out or firing them if the results did not meet the promised performance

So the final word under this heading may be a reflection on what may have been the owners view . He could with justice say he tried a massive merger to change market positioning , he tried a completely new management team , and he kept faith with their successors for a decade . He still does not have a satisfactory market recognition of the huge investments made , or the growth and margin improvement promised , or the competitive edge on Bloomberg . Time to go .

Thomson Reuters Financial Services and Risk will now be a separate business , though Woodbridge remain minority investors . Yet it is hard to see the former group ideas around corporate solutions surviving the changes. Thomson Law and Tax is a major stand alone business and can easily survive on its own , though it will need to move even further downstream into the digital solutions market , beyond even the place where the PLC acquisition took it , to maintain its competitiveness in a market where data is vital , but workflow solutions that intelligently take the work out of legal analysis are now commonplace at private practice level.

Both of these two groups , the one that now goes its way and the one that remains , have huge data problems . Silos and the need to enhance and enrich data are widespread issues all over the place. In future however they may be working to a different rhythm . Matching Bloomberg with Schwarzman is an ego battle that intrigues the markets , but suggests a fairly interesting ride for managers . The normal PE cycle – 2-3 years of firm friendship followed by the end of fund race for the line at all costs to get the 6X result , or whatever target has been set , may never take place here . Instead we could be chariot racing from day 1 !

Will Woodbridge sell Law and Tax ? If the criteria are now purely financial and performance driven , that must be a possibility . Tax would be easiest , having better numbers and a historically closer link to tax practice management and computation services . Both have huge problems with very large headcount preparing and updating documentation . RELX is likely to be blocked from bidding but there would be plenty of interest . Timing is everything . Woodbridge Trust may be well on its way to developing a PE model of its own .

Data remains a key asset in both entities . And in both places there is the problem of “platform “ ( by which I mean here the neutral software – managed context in which previously siloed data is held , remixed and made available to applications , sales outlets and clients) . Much major work in both places mixes client data , third party data and Thomson data to create workflow and service solutions . Sometimes this is on client platforms solely , sometimes the data is in several places , and often Thomson try to host the solution and make it replicable to other clients . These shared platform environments will be a hot topic , until common platform solutions emerge .

The relevance of the Buddenbrook Cycle

In Thomas Mann’s influential 1901 novel Buddenbrooks , the wealthy family of a German grain merchant move through four generations , from a high level of entrepreneurial creativity , to management and maintenance, and then on  to a greater interest in culture and the arts , supported by historic wealth . The Thomson family have only reached three generations in the Buddenbrooks sense , so comparisons are impossible , but research economists often use the expression Buddenbrooks Cycle to describe some of the complex issues of family ownership across time . Maybe it was just time to part. David Worlock, is a renowned publishing expert, who is dedicated to the idea that using information in networks creates wholly fresh businesses which, though often founded on traditional publishing skills, rely for success and profitability on creativity derived from the interaction of users and service suppliers in the network.

He always worked closely with industry trade associations. He is a director of the Business Information Industry Association (BIIA), which represents the views and conducts the advocacy of the industry in Asia-Pacific (www.biia.com). David, a co-founder of BIIA, served as BIIA’s chairman for 10 years (2007 to 2017).

For five years he was chairman of the European Information Industry Association, and then of the Information Communication Industry Association. He has been a member of subcommittees of the Publishers Association, the Periodical Publishers Association and the Newspaper Society. He is currently an Advisory Board member at IFIS (International Food Science Information Service) and at ELIG (the European Learning Industry Group). Outside interests include a passion for rugby football (he is a Gloucester supporter – proud to be called a “a one-eyed Shedhead”), for history and literature, and for pig farming and the state of British agriculture.

In 2013 David was honoured to receive, from the PPA, the George Henderson Award for lifetime achievement for his work in publishing and information marketplaces.

He can be reached at david@davidworlock.com.