Thoughts for the Day: Think Blockchain, not Bitcoin 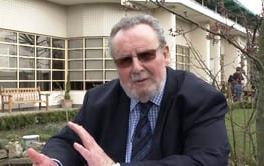 Following the several Bitcoin frauds the hype has come down and the focus has shifted to the underlying ledger technology called Blockchain.  Suddenly government institutions lead by Central Banks and Security and Exchange commissions are rushing in to examine Blockchain.  BIIA has covered a number of commentaries on this new front (blockchain). Our chairman, David Worlock has provided us with a provocative commentary:

“Here is a really great moment to celebrate. A readable UK government report with a real impact on markets (UK Government on distributive ledger technology)>

It tells us what Honduras and Estonia are doing that we are yet to fully consider. Yet it fingers a new area of creativity that some authorities liken to the dotcom boom – a new configuration that we relaunch B2B inventiveness in the network around commercial workflows in a way that will take us much further than conventional network technologies. So far it has been the instrument of the crypto currency businesses, but this is far more than that, and the U.K. Office of Science paper, prepared by a team reporting to the Government Science Advisor, Sir Mark “Open Access” Walport, deserves the very widest attention, especially in Shoreditch, Tech City and other parts. There is enough here to launch a whole raft of B2B start-ups.

So let’s start a bit closer to the beginning. When Bitcoin was launched in 2008 the thought was that if a shared, encrypted database could be installed and mirrored across the network, then transactions updated to each ledger and validated would form a useful way of circumventing the use of cash by creating a means for secure asset transfer. Data thus added in each instance of the transaction thus created a data “block”, and as transactions grew more numerous and blocks thus chained together more widespread it became even safer – intervention and alteration of data would have to take place on thousands of machines at the same instant, even if the encryption was circumvented. These Distributed Ledger Technologies (DLT) have seemed like the white hope of interference-free financial transactions, but despite the fame of Bitcoin have been very hard to move into popular focus.

But this too is a characteristic of the Internet age. Technologies arrive, get used on a narrow front, get half-forgotten, and then come sweeping back in to answer questions that were never even thought about when they were invented. This appears to be the fate of DLT. When the Hondurans wanted a new land title system that was not open to third part falsification and could be updated by parties to a land deal or ownership change, then this was obvious. When the Estonians sought a way of leveraging one of their areas of expertise – the use of PKI (public key) encryption technologies – the DLT provided the answers. Amongst the case studies in the report is one after my own heart – an angel investor service network called Funderbeam which uses DLT to allow investors to turn their investments into a trade able currency and move money from investment to investment, preserving investor liquidity while avoiding the lock-in normally experienced by start-up investors.

So DLT has real benefits where asset classes are being exchanged. But we have not been in the data game for the last 30 years without knowing that data itself is an asset. This week, during an eye examination and an annual routine Heart examination, I found myself wishing for DLT in healthcare. What if my records were automatically updated, and any of my health advisors, authorised by me, could see every alteration in drugs or treatment decided by other practitioners treating me? And if I sell my house or trade in my car, can the whole intermediary network please be informed at the same time, including the bank, the insurer, the new owners and the registrars in government who need to know these things?

In the early days of the Web we spoke earnestly about Disinter mediation. Then many of us spoke equally confidently about re-intermediation, as we saw how markets moved fresh digital agents into place in digital marketplaces. It may be harder for the middleman to reinvent himself in the brave new world of DLT technology, however, and taking jobs and increasing productivity will become the focus of inventiveness in this area. Before the last election the UK government made a half-hearted attempt to privatise its own Land Registry. That organisation enters records by hand as well as digitally and employs 5000 people in the business of admits ration and verification. Now imagine it Honduran-style: land transfers are entered by sellers and verified by buyers and their lenders, insurers and other concerned parties, and archived in a block chain where all transactions are archived and held. While we may need an office of Land Transfer Governance we may never again need the current structures. Anyone reading this report in the Shareholder Executive should sell government agencies fast.

All this sounds like redress for the problems of Big Government. But there are other aspects that could affect every business in the land. If we look at business relationships as an asset, then the report suggests that Smart Contracts are likely to become the way in which we action and police business deals:

“Smart contracts are being considered for a wide variety of uses, particularly for regulatory compliance, product traceability and service management, and also to defeat counterfeit products and fraud in the following sectors:

So if we are content to sit back and relax, thinking that the technology behind Bitcoin is a “sometime, maybe” phenomenon. This technology is as potentially disruptive as the Web was once perceived to be, it will spark a host of start-ups and within a year every one of us will be thinking about how it applies to what we do – and how we live. And this technology centres on the SmartPhone!”