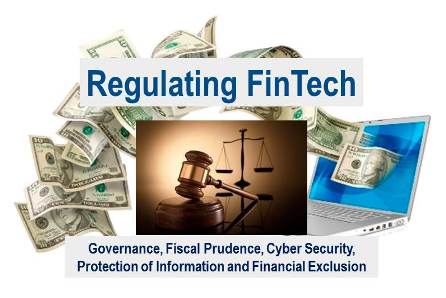 Acknowledging that financial technology (Fintech) is challenging the status quo in the financial industry ASEAN regulators are working on new regulatory frameworks.

Malaysia’s central bank – Bank Negara Malaysia (BNM) – recently announced the commencement of a review on the regulatory framework for the adoption of Fintech, in view of the growing number of companies providing financial services through technology.  Muhammad Ibrahim, the newly-minted BNM governor, cited a recent McKinsey & Company report which states that an estimated 10 – 40% of overall banking revenues could be at risk by 2025 due to Fintech innovations that are able to achieve a significant pricing advantage over traditional banking and investment platforms.

This follows an April announcement by Indonesia’s Financial Services Authority (FSA) that it is preparing to launch new rules governing Fintech companies by end-2016, thereby bolstering its regulatory framework on Fintech.

Neighbouring Singapore seems to adopt a more liberal approach, with the country taking the view that regulations governing Fintech companies would only be put in place once the companies reach a stage where their activities would pose broader risks to the financial system. In fact, the Monetary Authority of Singapore (MAS) is strongly pushing for further development in the country’s Fintech ecosystem, going so far as to set up its Fintech office – the FinTech & Innovation Group – in August last year.  MAS is also set to hold its inaugural Fintech festival in November this year.

The Bank of Thailand (BoT) is also seeking to boost Thailand’s Fintech sector, which it sees as a potential game changer in enhancing cross-border transactions within the region. Veerathai Santiprabhob, governor of the BoT, says the monetary regulator will closely monitor Fintech developments and prepare measures to cope with the impact of these new technologies.