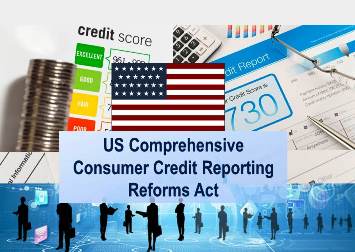 What Will The Bill Attempt To Improve?

This bill will attempt to overhaul many aspects of the US credit reporting system as we know it.  This includes the gathering, usage and reporting of credit data.   Not excluding potentially critical changes in the exact credit scores lenders utilize to assess mortgage applications. The 202 pages bill, which has been labeled the Comprehensive Consumer Credit Reporting Reforms Act, has been sponsored by Maxine Waters, the House Financial Committee’s ranking Democrat.

It dwells on a wide range of contentious issues like the restriction of credit data utilization in many hiring decisions.  It will also attempt to shift the burden of proof to creditors whenever they report adverse items concerning consumers who opt to challenge them, whether it be the consumer or credit repair company.  Once enacted, this bill will force credit bureaus to eliminate all paid/settled debt on consumers’ accounts in not more than 45 days after payment/settlement.  It will also ensure that credit bureaus alert consumers at the first moment a creditor submits adverse data on their files.

At the same time, this proposed bill will attempt to minimize the maximum duration in which adverse data can be retained in consumer files to 4 years from the current 7 years.  While also reducing the same for bankruptcies cases from 10 years to 7 years.

Will The Bill Affect the Housing Market?

Several changes proposed in this bill will directly influence home purchases and mortgages.  Quite a large number of US citizens often face credit and unemployment challenges due to their files bearing traces of the Great Recession.  This includes delinquencies, bankruptcies and short selling.  All of which are products of unscrupulous or predatory lending and even unscrupulous loan servicing practices.

This new credit reporting system bill will necessitate credit bureaus to eliminate adverse data, which is associated with unscrupulous mortgages that the CFPB or law courts have proved to be linked with dishonest lending or servicing.

The bill will also attempt to initiate vital reforms to credit scoring. Consequently, it will outline when consumers can access yearly credit reports from the 3-major credit bureaus. This will allow consumers to obtain their credit scores at the same time, free of charge. It will also overhaul the kind of credit scores are permissible to the two prominent players in the mortgage industry; Freddie Mac and Fannie Mae, to modern standards.

Instead of depending totally on the FICO credit scoring system, this bill will force Freddie Mac and Fannie Mae’s federal regulators to embrace much more advanced systems.  These new systems will overlook or reduce the effects of contentious or cleared medical accounts.  Just like the VantageScore 3.0 system, which happens to be a major rival of FICO. Newer systems are also noted for integrating rental and other data that can effectively prove good credit, whenever landlords report payments to the credit bureaus.

Will The Bill Be Enacted This Year?

Interesting enough, some pundits in this industry have asserted that a number of these interventions are already in place in Freddie Mac and Fannie Mae.  One of the most vocal is Stuart Pratt, the head of the Consumer Data Industry Association, which is the representative of the 3-major credit bureaus.  Mr. Pratt claims that most of the proposed reforms in this bill for dispute resolution have been adopted based on last year’s national settlement agreement.

Despite of this revelation, the Comprehensive Consumer Credit Reporting Reforms Act is still a major effort to enhance national standards.  Most especially those which govern the current credit reporting system in America.

A system that quite a large number of people deem to be very detrimental to their financial well-being, as can be judged by the volume of complaints handled by the Consumer Financial Protection Bureau.  The big question that is now in everyone’s mind is will this bill be enacted, particularly when you consider that this is an election year.  Nevertheless, depending on the November elections results, it might be passed next year.

This article by John McConnell first appeared on Pyramid Credit Repair and was distributed by the Personal Finance Syndication Network.