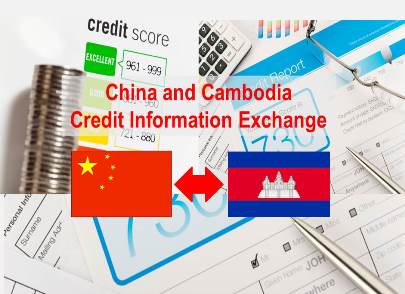 The central banks of Cambodia and China are in talks to share customers’ credit reports in an effort to boost bilateral private investment, as a response to rising trade between the two countries.

“As investment between China and Cambodia increases, there is strong demand for credit reporting. Chinese investors with good credit reporting from China will [be able to] easily access financing from Cambodian banks and vice versa,” Ms. Serey said.

“Allowing the two countries to share credit reports directly would facilitate the process and help investors greatly. This can be done with appropriate customers’ consent. The two central banks will discuss further on the appropriate legal framework and mechanism for such exchange to take place,” she added.  Ms. Serey explained that the NBC was also looking to allow importers in both countries to pay in their local currency.

“This is part of China promoting the internationalization of the yuan,” she stated. “The choice remains with the private sector in selecting their favored currencies. But we would like to let them know that settlement in local currency is possible. The NBC is also promoting such mechanisms with our neighboring countries as well.”

In Channy, president of Acleda Bank, said that the credit report sharing initiative would help commercial banks to increase their knowledge of potential customers, and would also encourage Chinese investors to borrow locally.

“If our credit bureau cooperates with [China], it will be very important and help us a lot to know more information about our customers…like what other loans they have in their country and what is their repayment history. This all is very good,” Mr. Channy said.

“It will mean we do not have to waste time to search for the customer’s credit history and it will also reduce our risk over their ability to repay loans. It will also pave the way for Chinese investors to take out loans from our banks,” he added.

China is a major donor and investor in Cambodia, having given $2 billion in grants, loans and direct assistance since 1990, with foreign direct investment reaching $10 billion, according to the Finance Ministry. Cambodia and China are targeting bilateral trade of $5 billion for 2017, up from $3.75 billion in 2014.

BIIA editorial comment:  It is assumed that the information sharing will be between the Central Credit Registers of the People’s Bank of China and the Cambodian Credit Bureau rather than through the respective central banks of China and Cambodia.  The development is significant as it bypasses commercial credit information channels and permits exporters/importers to access via closed usergroups for credit information.  This initiative is welcome news towards a general acceptance to permit the exchange of credit information across borders.