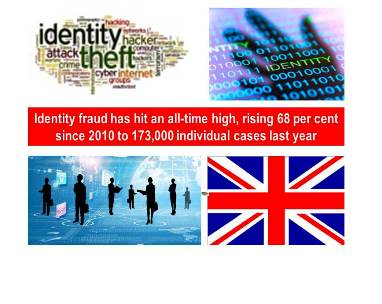 Company directors are twice as likely as other members of the public to be the victims of identity theft, with criminals using data in Companies House to target their victims.

One-fifth of all victims of identity fraud between 2012 and 2015 were company directors, who are being “disproportionately targeted”, according to research by Cifas, which operates the National Fraud Database, and LexisNexis Risk Solutions.

Barbara Judge, chairman of Cifas and the Institute of Directors, said the availability of directors’ details in the Companies House register was partly to blame. Directors’ names, addresses and dates of birth are usually freely available to members of the public online.

“There will always be more publicly available information about you if you run your own business compared to other individuals,” said Lady Judge, who warned directors to be scrupulous in separating, as far as possible, their personal and corporate lives.

Directors are likely to attract the attention of fraudsters if they give the impression online of having significant assets and established careers, the report found, and fraudsters often make an attempt to obtain credit files as an easy source of further information.

Fraudsters are less likely to use the identities of directors to sign up for credit or debit cards than they are for the average victim. The Cifas report suggested that applying for credit online is “so efficient” that identity thieves “may have concluded that it is not worth the effort to single out company directors for this particular purpose”.

Victims of identity fraud are more common in London and south-east England, the report found.