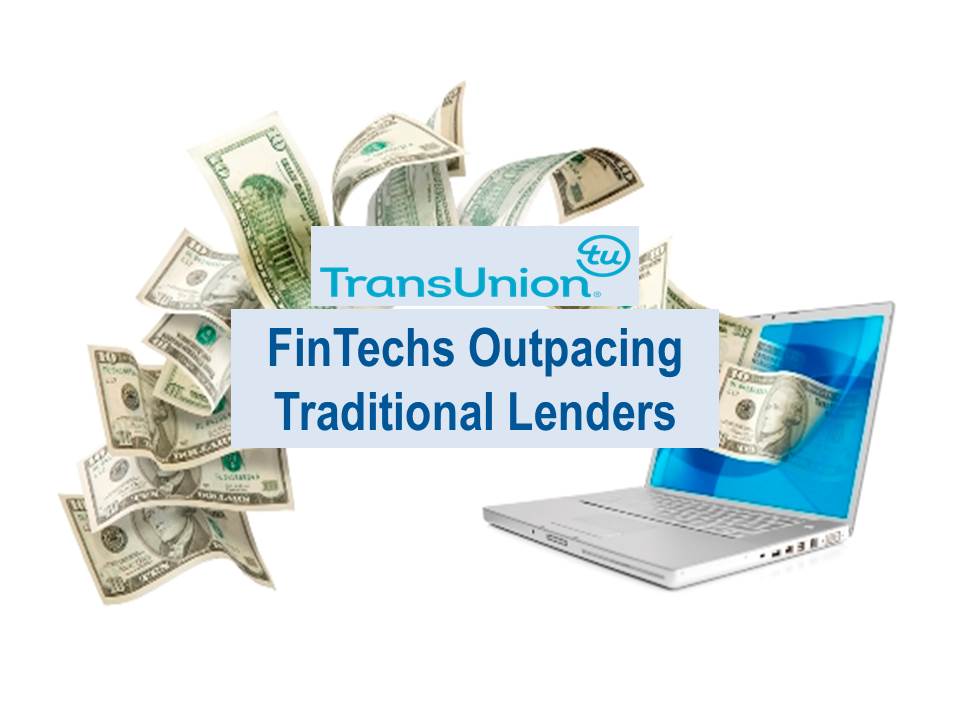 TransUnion Analysis Finds FinTechs Outpacing Traditional Lenders in Personal Loans Issued to Near Prime and Prime Borrowers.  Personal loan originations to consumers with credit scores between 601 and 720 have increased 122%

A new TransUnion (NYSE:TRU) analysis unveiled today at the LendIt USA 2016 Conference found that FinTech lenders have surpassed banks, credit unions and traditional finance companies in personal loan issuance to near prime and prime consumers. FinTech lenders originated loans totaling $10.14 billion to these consumers in the first three quarters of 2015, a 122% increase from $4.57 billion issued in the same interval of 2014.

Personal Loans Issued to Consumers with a VantageScore between 601-720

FinTech Personal Loan Growth to Prime and Near Prime Consumers

“Personal loans remain an attractive option for borrowers in all risk tiers, and FinTechs have seized an opportunity to develop a niche within the nearly 92 million consumers in the near prime and prime risk tiers,” said John Wirth, TransUnion’s vice president of consumer lending and FinTech. “These well-funded, nimble FinTechs have grown their market share at a rapid pace and are increasingly appealing to consumers in these risk tiers.”