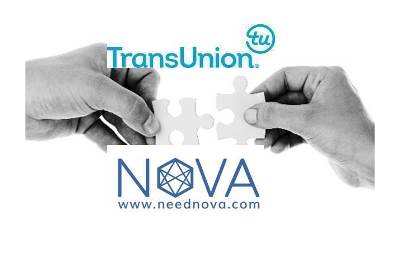 TransUnion (NYSE:TRU) announced a partnership with Nova Credit that will help new Canadians transfer their credit scores from other countries. The partnership will serve creditworthy newcomers to Canada who may otherwise miss out on credit opportunities due to a lack of Canadian credit history.

The new product—TransUnion Global Credit Connect powered by Nova Credit—provides newcomers to Canada with a platform to import their historical credit information and have their international credit reports delivered to end-users such as banks, in a streamlined, standardized format. The foreign credit score is mapped to a Canadian equivalent score so that it can be consistently applied.

The new partnership is especially beneficial for Canada, which has the highest percentage of immigrants in the G8, at over 20 percent. Cities like Toronto and Vancouver are now nearly 50 percent foreign-born. While the absolute number of immigrants is increasing, the composition is also increasingly tilted towards skilled workers and entrepreneurs, with larger allocations granted to these segments.

Canadian lenders have long been in need of a mechanism to underwrite new-to-Canada arrivals. With immigration now accounting for two-thirds of population growth, Canada is increasingly relying on immigration to drive economic growth. “For lenders, this means that gaining market share entails developing a strategy to be first-in-wallet when someone moves to the country. Traditionally, lack of credit history has constrained acquisition and underwriting efforts when it came to newly arrived immigrants,” added Fabian.

“Canada is a beacon of hope for immigrants around the world, and we are thrilled to bring this global partnership to life,” says Misha Esipov, co-founder & CEO of Nova Credit. “Immigration is an incredibly challenging endeavor, but through the combination of new technology and superior data, we can make the process easier. Access to international credit data is an exciting win-win innovation: Canadian institutions to serve an attractive and growing customer demographic and immigrants can land on their feet without having to build credit history from scratch.”