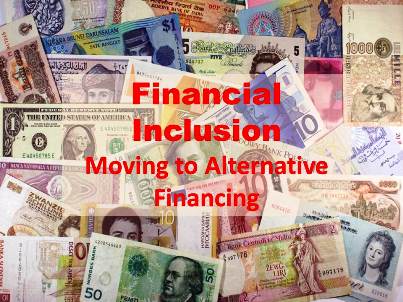 There have been all manner of odd developments as far as the economy has been concerned this year. Consumer confidence has been consistently high but until very recently the pace of retail activity has been sluggish. The unemployment rate has been at a twenty year low and that should have triggered inflation by this time but that wage driven inflationary spike has been nowhere to be seen. Add borrowing behavior to this list. Given the fact that banks are ready, willing and able to lend there has been much less loan activity than had been expected. The business community is not all that interested in taking on debt and that is more than a little odd given the recent growth of the economy.

Analysis: The rate of twelve-month loan growth has not been this sluggish since 2013 and the most recent data is the sixth quarter in a row showing decline. All four of the categories measured by the FDIC fell and perhaps the most worrisome is the category of business lending as this is a crucial source of bank income. The immediate impact has been felt in the banking sector as the performance of their stocks have been affected negatively. The banks are especially distressed by these numbers as they entered the year with a burst of confidence driven by expectations. The Trump victory and more specifically the GOP victory in Congress was supposed to usher in many positive changes as far as the banks were concerned – less regulatory burden, tax reform, changes to big initiatives like the ACA. These are not completely dead but they have certainly not progressed as had been anticipated or at the speed expected. The disappointment has appeared in the corporate sector as well and it seems to have affected future plans.

As one would expect there are several explanations or at least proposed explanations. These range from very temporary inhibitors to situations that are endemic to the current financial situation. One set of analysts asserts that all the delay and confusion in Washington has been taking its toll on the corporate community. The sense is that Congress has become even more unwieldly than it has been in the past and that Trump is not capable of leading his own party – much less the country. This chaos has been somewhat inhibiting when it comes to long term decisions. Another group asserts that this has nothing to do with the issues in Washington and is entirely due to the increased level of bank competition – not so much the banks competing with one another as other institutions providing opportunities to access money for expansion. There are insurance companies willing to finance a variety of business loans and there are more companies willing to take advantage of the low rates available in the bond market. It has also been suggested that this may be a reaction to the growth of the last few years. Companies loaded up on debt over the last few years and now have lost their appetite for taking on even more. The overall sense is that business is more cautious than it might have been expected to be.

The consumer is back in the game but not setting any records as yet. The bulk of the growth of the economy this year has been due to the recovery in the export market but that is always a tenuous situation as the US has no ability to improve the situation in Europe or Asia or anywhere else for that matter. Europe alone is 25% of the US export market and they have slowed again of late. The rapid expansion seen in the summer has faded a little as Germany struggles to find a new leadership structure. The good news on the horizon for the banks may be that companies are showing more willingness to expand and engage in capital investment. The latest capacity utilization numbers are still short of what would be considered normal but they are not all that far off. The data from the Purchasing Managers’ Index remains strong and that generally means more investment.

[BIIA Editorial Comment:  On the SME lending side there is plenty of competition from the Fintech sector.  Risk assessment of banks is cumbersome and expensive.  SME risk assessment by Fintechs is automated and does not involve human input.  For example Ant Financial serves over 5 million SMEs.  Lending up to Yuan 30,000.  Approval takes 3 minutes.]