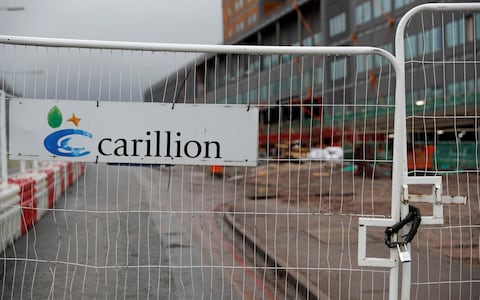 Carillion could owe supply chain £1bn as up to 30,000 businesses face financial hardship – or may go under – beware of the domino effect.

Banks which had lent to the contractor could also be exposed to up to £2bn of losses, in what is one of the most high-profile corporate collapses since the financial crisis.

Santander, Royal Bank of Scotland, Lloyds, HSBC and Barclays are all understood to have already reported increased impairment charges linked to Carillion’s difficulties. A source close to Barclays said it was the least exposed of the syndicate, while others, including Lloyds, could have made an impairment of around £100m from Carillion.

Thousands of small firms in Carillion’s supply chain now face an anxious wait to see if they will be eligible for any government help to pay an estimated £1bn of outstanding bills.

In the immediate aftermath of news of the liquidation, the Government said its priority was to ensure that public services were not disrupted and urged members of staff to continue working.

Partners to many of Carillion’s projects were already in talks on Monday night to take over the firm’s share of work on some of the UK’s largest construction projects, as well as subsuming a number of staff.

Most large consortium contracts have clauses written in which automatically hand the work to the other parties in the event of the collapse of one of the firms involved, leaving them with an obligation to complete the project.