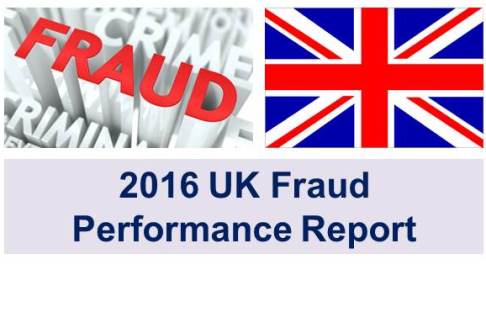 Financial Fraud Action UK (FFA UK) recently released their 2016 UK fraud performance report. Whilst there were some logical changes between 2015 and 2016, FICO was surprised at the fluctuation and significant shifts fraudsters have made in order to circumvent existing controls. Here are some highlights and lowlights from the report:

Overall, UK fraud losses were up again and this is due to a combination of shifts between fraud types and an increase in the number of victims of fraud (cases). What surprised FICO was the rate at which the gross losses increased compared to the value prevented had decreased. For example, Industry losses increased by £13 million (2%), yet the value prevented was reduced by a staggering £380 million (22%). This means that we at FICO prevented far less of the overall fraud attack in 2016 than we did in 2015.

Here are some other interesting stats:

Card fraud was up by 9% from £568 million to £618 million, and the number of victims increased by 22%, yet a large proposition of this was successfully mitigated. We have seen many of our clients upgrading their solutions over the past 12-18 months, and in particular to FICO Falcon Fraud Manager 6. This should be evidence that transaction detection tools are working.

Remote banking fraud (via internet, telephone and mobile app) saw a 19% reduction. Case volumes remained flat compared to 2015 yet the losses went down by £32 million. Well done to the digital teams and security professionals out there for sqeezing the level of opportunity for fraudsters. Mobile banking fraud through apps, while part of remote banking fraud, rose 104%, the largest increase. It’s great to see the adoption of mobile banking apps increasing, but let’s make sure we keep a very close eye on this fraud type.

Fraud has never been more cross-pollenated than it is now. Fraudsters are exploiting the customer instead of individual products. Social engineering ‘scams’ have never been more challenging. We always knew that fraudsters target the weakest link, and now that weakest link truly is us. It’s humans over technology, emotion and trust over malware.

Our focus should remain on tackling card fraud and e-banking risks. At FICO, we believe that the most effective way of fighting fraud is by having an enterprise fraud strategy. The FICO® Falcon® Platfom has the ability to combine fraud risk decisions at a customer level and removes the silos that have been in place for far too long. It’s not just about the transaction anymore, we have to consider all data sources.