United Kingdom Retail: Is It Really that Bad? 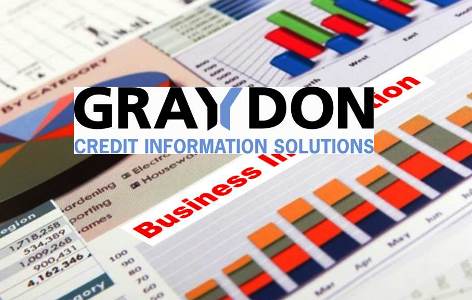 Credit information company Graydon has been feeling the pulse of the UK retail industry.  Here is Graydon’s assessment:

The recent and well-publicised failure of BHS and the continuing fallout has seen many a statement regarding the disappearance from our high street of yet another big name, as well as who’s to blame for its demise. Yes, it is another big name and it follows on from the other major chains to disappear in recent years – Woolworths, Comet and MFI to name but three. These were long established businesses, particularly in the case of Woolies, BHS and even Austin Reed. Considering how 2016 has started and the potential further threat to the UK economy following the Brexit vote, no-one should be surprised by further casualties.

The latter is already providing an excuse for some business owners and funders to pull the plug on their operations. Would the now infamous Dominic Chappell, the principal of Retail Acquisitions Ltd (owner of BHS at the death), have been tempted to use the same excuse had the EU referendum taken place just a few months earlier? Pure speculation of course but, already, we’ve seen Brexit blamed for the very recent failure of Lowcost Holidays (placed into administration in Mid-July). Really? The simple fact is that this was the ‘excuse du jour’. It was a loss-making business long before Brexit. Its principal, Lawrence Hunt, also had a widely-reported poor track record linking him to two other company failures in the travel sector (Dreamticket Holiday Company and Silverjet).

Incidentally, when Lloyds bank recently announced a large number of planned branch closures and redundancies, some TV stations and newspapers were quick to suggest that Brexit played a part in this decision. However, these closures and job losses are part of a long-term strategy and not at all linked to the Brexit decision. Sadly you can’t believe everything you read, whether negative or positive.

These 2016 job losses are quite shocking but they need to be seen in a broader context. You would assume that, after all these losses, the retail sector was in dire straits and has made a significant impact on job numbers not only in the retail sector but overall unemployment in the UK. Wrong! The fact is that the number of people employed in the UK overall and in retail is higher now that it was in 2009 – the height of the recession and, according to the ONS (Office of National Statistics), is expected to grow even further to 2020. The historical figures don’t lie (see below) and rebuff the media-led perception of ‘Joe Public’.

Let us not forget that, for every Woolworths, BHS and Comet, you can find successful and expanding retailers such as Aldi, Lidl, Amazon, IKEA, eBay and Primark. The official figures clearly support this. If we look at just three of these successful businesses, you can see that the rise in salaries and staffing numbers reflect their growth: Such demographics are a key essential when rating a business for credit facilities along with a robust and proven scoring system.

As with many businesses, and retail is a prime example, evolving to the needs of the market place is a key factor to growth or survival. Companies need to be robust and flexible to the changing needs of its customers. The public at large simply does not shop in the same way as it did 20, 30 or 40 years ago. A successful business in a crowded marketplace such as retailing, operates as a speedboat, turning quickly to change course as opposed to a supertanker which turns slowly when changing course.

More data has been released into the public domain during the last two years than in the previous 10 and companies need to capture this and use it to understand the current situation as opposed to relying on historical perceptions.  You could say Aldi and Lidl are the speedboats in this scenario, Tesco and ASDA the supertankers.

Fresh ideas and a keen pricing structure have benefitted the former. A strong and well known online presence, as with Amazon, has kept pace with the way that many of us shop today and will shop in the future. Outside of our day to day supermarket shopping, simply having a costly building and lots of shop-floor staff waiting for the public to come through the door just isn’t the 21st century way of doing business.

Is it a case that emotion and a romantic notion takes over when a major high street brand that we’ve grown up with  disappears forever and that our perceptions take over from reality and factual statistics? Not for one minute should we understate the impact that redundancy has on any individual and its devastating effects on hard working people who have lost their jobs through no fault of their own. But, as we can see, employment increases in growth companies in many instances. “As one door closes another one opens,” is a well-used cliché but one which could reflect why employment numbers in retail in particular are still growing. As for the romance and emotion, who’s to say that in 80 or 100 years’ time, Amazon and the like won’t be thought of in the same light as say, Woolies was back in its heyday?

About Graydon
Graydon provides business intelligence solutions for Credit Management and Risk & Compliance. By combining data with business insights, Graydon helps companies to gain access to capital and to expand their knowledge in order to strengthen their

competitive position. Graydon has offices in London, Amsterdam and Antwerp and uses a network of 130 international databases around the world with information of more than 90 million companies.

About the Author:  Colin Sanders is Head of UK Operations Graydon UK Ltd

Graydon is a member of BIIA