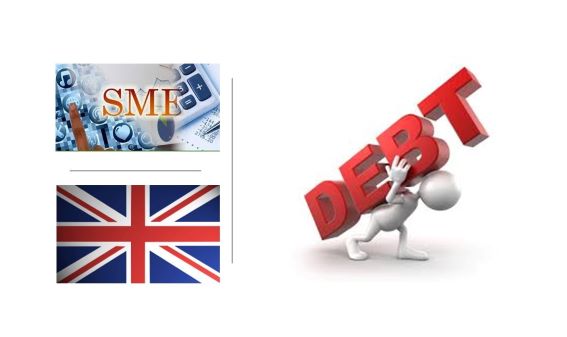 The statistics also found that late payments have doubled from 12 days in 2018 to 23 days in 2019. 39% of invoices paid late in 2019, marginal improvement from 43% in 2018. Average of £34,286 owed in late invoices, businesses waiting on £34b in late payments. Whilst larger businesses take longer to settle bills than smaller counterparts
German debtors taking twice as long to pay invoices in 2019. French, Italian and Spanish businesses improved on late payment compared to UK companies

Bilal Mahmood, External Relations Director at MarketFinance, said “It’s great to see that fewer invoices were paid late in 2019 but worryingly, those that were paid late took twice as long as in 2018, up from 12 days to 23 days. Late payment practices harm business cash flow, hampers investment and, in extreme cases, can risk business solvency. Separate research we’ve conducted highlighted that 87% of businesses are prevented from taking on more orders because of the cashflow constraint owing to late payments. Overall it seems who you are doing business with and where they are based is important to know for a small business if they need to forecast cashflow”.

“Government measures such as the Prompt Payment Code and Duty To Report have helped create awareness but need more bite. Until this happens, there are ways for SMEs to fight back against the negative impact of late payments, from having frank discussions with debtors that continuously fail to adhere to agreed payment terms, to imposing sanctions on those debtors, or seeking out invoice finance facilities to bridge the gap.”

The analysis showed that professional and legal services businesses suffered the most with late payment in 2019. Seven in ten (70%) of invoices were paid late, up from 30% in 2018. Manufacturers (57%), retailers (49%) and creative industries businesses were also heavily impacted by late payment of invoices. Interestingly, late payment practices improved for companies working in the utilities and energy sector with only a third (34% of invoices being paid late in 2019 compared to two-thirds (66%) in 2018.

The analysis looked at invoices sent to 47 countries by UK businesses. US companies were the worst late payers, taking an extra 51 days to settle invoices from agreed terms in 2019. German firms took a further 32 days and businesses in China took an additional 10 days. Interestingly, French, Spanish and Italian businesses halved the number of days they paid late from 24 days late in 2018 to 12 days in 2019.

Mahmood added “SMEs owners have come to expect long payment terms but late payments are inexcusable. For every day an invoice is late, it’s more time spent chasing payment. This means less time for business owners to focus on growing their business, coming up with innovative ideas and hiring more people, or just paying their staff and bills. Things need to change quickly.”

“We want the UK to be the best place in the world to start and grow a business, but the UK’s small-to-medium-sized businesses are hampered by overdue payments. Such unfair payment practices impact a business’ ability to invest in growth and have no place in an economy that works for everyone.”

Long payment vs Late payment. There is a distinct difference between these terms. Long payment terms refer to the time contractually agreed between parties when invoices will be settled for goods and services provided. Whilst sometimes lengthy, they are a reality of doing business. Businesses can plan to cover these cash flow gaps and manage their working capital using either cash reserves or finance tools like invoice finance. Late payment refers to the additional time taken to settle invoices, outside of those contractually agreed at the point of purchase. This is an unknown and unexpected element that can significantly impact cash flow, business plans and even in some cases paying staff or creditors.

The MarketFinance Business Insights analysis charts late payment trends between 2013 and 2019 and reviewed over 100,000 invoices. 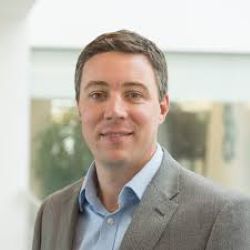 Tim Vine, European Head of Finance & Risk Solutions, Dun & Bradstreet said “Late payments put immense pressure on cash flow and the financial stability of a business, especially SMEs. Although there has been more discussion on tackling late payments – with progress such as the government’s promise to pay its own suppliers in a timely way and the introduction of a 30-day payment deadline – it’s still a very real problem for many small and medium businesses. Late payments critically affect the health of a business; UK companies spend 56.4 million hours looking for overdue payments and a survey commissioned by Dun & Bradstreet found that nearly half of SME respondents felt that overdue payments put their business at risk of failure.

“The latest payment performance information in Dun & Bradstreet’s Q3 UK Industry Report supports the survey findings from Market Finance and shows an improvement in payment trends for the trade data analysed. The average percentage of payments made on time has increased from 37.2% at the beginning of 2019 to 44.7% in Q3. All 14 sectors covered in the report saw quarter-on-quarter improvements with the most significant increase in the financial sector, where payment performance improved by 6.3%, followed by business services (6% increase) and the health, education and social sector (up 5.3%).

“By understanding the previous payment behaviour of customers and using predictive analytics to get a view of future performance, businesses can mitigate the potential impact that late payments can have on their cash flow and plan accordingly.”