United Kingdom Will Retaliate Against Cyberattacks 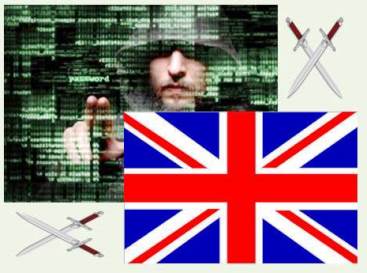 The UK must be able to retaliate in kind against cyber-attacks, the chancellor has said.  Philip Hammond added that hostile “foreign actors” were developing techniques that threaten the country’s electrical grid and airports.

The warning came within a speech describing how the government plans to spend a previously announced £1.9bn sum on cybersecurity. It also addressed ways to tackle cyber-scammers and defend businesses. “If we do not have the ability to respond in cyberspace to an attack which takes down our power network – leaving us in darkness or hits our air traffic control system grounding our planes – we would be left with the impossible choice of turning the other cheek, ignoring the devastating consequences, or resorting to a military response,” Mr Hammond said as he described the National Cyber Security Strategy in London.

The strategy will help enlarge specialist police units that tackle organized online gangs. In addition, some cash will also go towards education and training of cybersecurity experts. “If we want Britain to be the best place in the world to be a tech business then it is also crucial that Britain is a safe place to do the digital business,” the chancellor added. “Trust in the internet and the infrastructure on which it relies is fundamental to our economic future.”

Cyber-espionage and crime have been around for years, but what has been new is the willingness of states and other actors to take more aggressive – even destructive – moves in cyberspace. Until now, the US has been more inclined to confront foreign actors, notably relating to hacks linked to its impending presidential election. But the comments from the chancellor’s about “striking back” in cyberspace, may be a sign that the UK is now pursuing a similar path.

The £1.9bn to pay for the national strategy was allocated last year and will fund the programme until the end of 2020. With the aid of industry, the government has already set up automated systems that screen out malware and spam before it reaches UK citizens. Other projects have helped the government verify where emails come from to thwart specific tax fraud campaigns aimed at the UK. Future spending plans involved cash for recruiting more than 50 specialists who will work at the cybercrime unit at the National Crime Agency.  These will help tackle organised gangs and aim to raise the cost of engaging in hi-tech crime to make it much less attractive.

The cyber-plan also involves the creation of a Cyber Security Research Institute, “a virtual network UK universities” that will co-ordinate research into efforts to improve defences for smartphones, laptops and tablets.

Security-based start-ups will also get help via an innovation fund that will commercialise work on novel tools and defences.

A national scheme will also be set up to retrain “high-aptitude professionals” as cybersecurity experts. Prof Alan Woodward, a computer security expert from the University of Surrey, said he hoped

the government spent cash on the “high volume, low sophistication attacks” that plague people and cause the majority of financial losses.