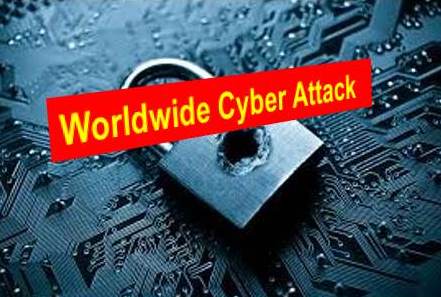 Authorities around the world are scrambling to tackle one of the most virulent cyber attacks to date, as fears mount over the safety of huge amounts of sensitive data, ranging from medical records to corporate databases.

Hospitals across the UK have been severely disrupted; postal delivery and logistics services hit in the US and university networks in China shut down. Some of Europe’s biggest companies have been affected, including Telefónica, the Spanish mobile phone giant, Deutsche Bahn, the German national railway operator and Renault, the French carmaker. Russia’s interior ministry said more than 1,000 of its computers had been taken offline. “We are not able to tell you who is behind the attack,” Amber Rudd, Britain’s home secretary, said on Saturday morning in an interview with the BBC. “That work is still ongoing.” Ms Rudd chaired a meeting of Cobra, the British government’s top-level emergency committee, early on Saturday afternoon to co-ordinate responses to the attacks.

The high-visibility impact on the National Health Service has left the UK among the worst-affected countries by the attack, though it is far from being the most heavily targeted. The cyber infection, known as WannaCry — a form of malicious software known as ransomware, designed to hold infected users’ hard drives hostage — has already spread to more than 100 countries and infected more than 100,000 computer systems, according to data from cyber security companies. Russia, Ukraine and India have seen the greatest number of attacks, said Kaspersky Lab. So far relatively few ransoms have been paid. WannaCry automatically encrypts infected computers and demands a $300 payment in bitcoin — the anonymous digital crypto currency — for decryption keys to be released. According to Bitdefender, the anti-virus company, three bitcoin “wallets” owned by the hackers were hardcoded into WannaCry: just over $22,600 has been paid into them, the company told the Financial Times.

To read the full story click on this link: Financial Times