US House Judiciary Committee: The Big US Tech Corporations Are A ‘Monopoly of Power’ 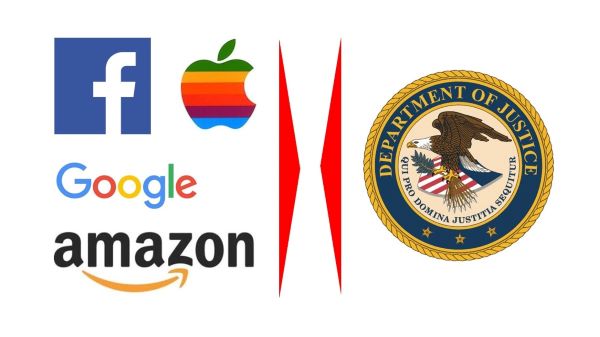 A report by the US House Judiciary Committee has advocated massive changes that would lead to the disintegration of some of large US tech companies. It states “The majority staff accurately portrays how Apple, Amazon, Google, and Facebook have used their monopoly power to act as gatekeepers to the marketplace, undermine potential competition, and pick winners and losers, all while simultaneously aligning up to unfriendly nations like China in order to further expand their global footprint “

The historic investigation is the most significant effort to check big tech’s power since the government sued Microsoft for antitrust violations in the 1990s. It follows the committee’s lengthy inquiry into the effects of market dominance by major web platforms.

While a number of Democratic lawmakers believe these firms have too much power but some Republicans also involved with the Report do not agree with the findings.  In a statement, Jim Jordan a Republican congressman, dismissed the report as “partisan” and said it advanced “radical proposals that would refashion antitrust law in the vision of the far left.”

Others have said they support many of the report’s conclusions about the firms’ anti-competitive tactics but that remedies proposed by Democrats go too far.

Because of their growing size the US tech companies, sometimes collectively known as FAANG (Facebook, Apple, Amazon, Netflix, Google) have become a focus of investigation. This investigation by the House Judiciary Committee is just one of a number of investigations into these large tech companies. The report accuses the companies of charging high fees, forcing smaller customers into unfavorable contracts and of using “killer acquisitions” to hobble rivals.

It said the findings should prompt politicians to consider a series of changes. Those included stronger enforcement of existing competition law, as well as changes to limit the areas in which a firm may do business or prevent companies from operating as players in areas where they are the dominant provider of infrastructure, as Amazon does, for example, when it acts as both a seller and marketplace for other merchants.

Facebook had “monopoly power” in the market for social networking, which it maintained by using its data advantage to “acquire, copy or kill” nascent threats. Facebook’s algorithms, advertising policies, and content moderation rules have all combined to discriminate against conservative viewpoints, shadow ban conservative organisations and individuals, and suppress political speech. The majority also left Twitter and its suppression of speech out of the investigation completely.

Google used its dominant advertising technology product to demonetize conservative media outlets, including The Federalist. YouTube, a Google subsidiary, blocked videos from Republican politicians and media groups. Google monopolised online search and advertising using “a series of anti-competitive tactics”, including privileging its own content ahead of other websites.

Amazon censored conservative organizations, including the Family Research Council and the Alliance Defending Freedom by blocking Americans’ ability to donate to these groups through the AmazonSmile tool.  Amazon possessed “significant and durable market power” in online shopping, which it furthered in part by “anticompetitive conduct in its treatment of third-party sellers” which it referred to as “internal competitors” behind closed doors.

Apple exerted monopoly power via its App store, which it leveraged “to create and enforce barriers to competition and discriminate against and exclude rivals while preferencing its own offerings”.

Amazon said in a statement that any actions against it “would have the primary effect of forcing millions of independent retailers out of online stores”, leaving consumers with fewer choices. “Large companies are not dominant by definition, and the presumption that success can only be the result of anti-competitive behavior is simply wrong,” Amazon said. A spokesman from Google said the company disagrees with the report and accused it of relying on” “outdated and inaccurate allegations from commercial rivals”. It said solutions offered in the report would “cause real harm to consumers”.