US Regulatory Climate: FICO’s Top 5 Regulatory Watch List for 2016 – For Members Only 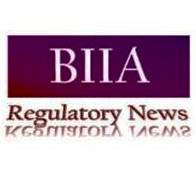 We received this interesting summary from FICO’s Daniel Nestel.  In our opinion he is not far from the mark and whatever happens in the US it will end up in Asian Regulations one way or another:

Here is what Daniel Nestel wrote: “After a busy 2015, no one would be faulted for hoping that the pace of new regulation slows this year. After all, it is a presidential election year in the U.S., and Congress usually does not do much heavy lifting during an important campaign season. However, this tradition does not extend to regulators.

In fact, I expect 2016 to be very eventful for those working on regulatory compliance in the consumer lending industry. Here is my top 5 “watch list” (in no particular order) for the year ahead.

The Consumer Financial Protection Bureau (CFPB) signaled that in February 2016 it will likely issue new rulemaking proposals covering payday, auto title, deposit advances and similar lending products. Last March, the CFPB previewed its latest thinking, indicating that the proposals will give lenders two options: either verify upfront a borrower’s ability to repay the loan or comply with various restrictions throughout the lending process designed to ensure that consumers can affordably repay their debt. The unveiling of the plan triggered an immediate reaction from interested stakeholders. Many in the industry fear that several of the requirements will dramatically change the economics and cost structure of lending, and ultimately drive countless providers out of business. Some consumer advocates assert that giving lenders a choice of compliance options is not the right approach.

Big Question: Will the CFPB modify its proposal in response to ongoing feedback from a wide range of groups, including industry, academics and even the Federal Reserve Bank of New York?

Another highly anticipated rule relates to the collection of debt. The CFPB has made it known that it will modernize the Fair Debt Collection Practices Act (FDCPA), which has not been substantially updated since its adoption nearly 40 years ago. Several areas may be addressed, including statute of limitation disclosures, debt validation requirements and caps on debt collector contacts during a given timeframe. In addition, it’s expected that the CFPB will also use its unfair, deceptive or abusive acts or practices (UDAAP) authority to issue new debt collection rules covering first-party creditors. A proposed rule or set of rules has been expected for some time; it appears CFPB action is likely later in 2016.

Big Question: Will the CFPB follow the lead of states like New York that recently issued new debt collection rules, or will the scope go significantly beyond any regulations in place today?

Cybersecurity may be one of the most challenging issues facing the financial services industry. In its latest Semiannual Risk Perspective report, the OCC highlighted cybercrime as a top focus area due to new threats that continue to evolve. The OCC is concerned that there is a heightened level of operational risk for banks whose risk management and control practices might not be keeping pace with the rapid changes in the cybersecurity arena.

Big Question: As financial institutions continue to commit resources to cybersecurity, will the talent pool be deep enough to meet surging demand?

The CFPB is developing a new rule that will significantly limit the impact of arbitration clauses found in contracts for consumer financial products and services. Last March, after an extensive investigation into the efficiency and fairness of arbitration clauses, the CFPB issued a lengthy report that was critical of the use of these provisions and questioned the benefits derived by consumers. In October, the CFPB outlined a proposal for a new rule that would prohibit pre-dispute arbitration agreements from restricting class litigation in court. Both the report and details of its pending rule have caused significant industry pushback, including from several legal experts criticizing the CFPB’s interpretation of its own report. The CFPB appears undeterred, and the proposed rule is expected in the latter half of 2016.

Big Question: Will pressure from Congress, the industry and influential third parties play a meaningful role in shaping the final rule?

In prior years, we saw a major crackdown on vendor management compliance associated with offering ancillary products. Recently, regulators have broadened their focus by challenging companies whose vendors caused a data breach, while placing increased emphasis on third-party handling of credit reporting as well as “know your customer” responsibilities. The growth of marketplace lending has also resulted in escalating scrutiny. As regulators place cyber and financial crime at the top of their compliance priority list, a robust vendor management program will become even more important.

Big Question: To send yet another message on the importance of vendor oversight, what major enforcement case(s) will regulators bring in 2016 against companies whose vendors have violated the law?

While I anticipate significant change and scrutiny in these five areas, it’s by no means a comprehensive list of regulatory developments coming in 2016. Despite a likely election-year slowdown on Capitol Hill, expect another busy year on the regulatory compliance front.”