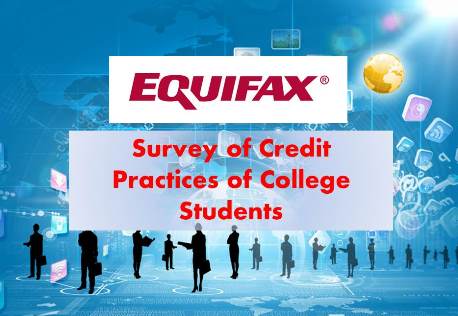 Nearly 70 percent of college students have one or more credit cards, and a slightly higher percentage pay off their own balances in full each month, according to a recent survey conducted by Equifax. While the survey shows many college students are practicing responsible credit behavior, they are also less likely to take advantage of free credit reports.

In anticipation of the back-to-school season, Equifax commissioned a blind survey of more than 600 American college students between the ages of 18 to 24, also referred as Generation Z. The survey found that fewer than half (43 percent) of respondents had actually checked their credit scores, while 62 percent of respondents indicated they knew they could receive a free copy of their credit reports.

“We’re talking about a generation that has subtle, but meaningful differences from its Millennial predecessors,” said Melanie Wing, vice president of Customer Insights at Equifax. “We wanted to peer inside this consumer group, understand their relationship with credit, and attempt to prevent what we’re seeing with Millennials – many of whom are plagued with record levels of student loan debt and an inability to successfully achieve their financial goals.

“We saw this survey as the beginning of a unique opportunity Equifax has to help Generation Z understand how credit works, and the long-term impact it can have with life milestones such as renting a home, buying a car, and getting a job,” she added.

The majority of survey respondents (59 percent) who do not pay off credit card balances each month, plan to do so within a year.

“This survey provided us with the feedback we had hoped: That this generation, despite being bombarded by information from a variety of sources, is developing credit-smart behavior early on,” Wing added. “However, we firmly believe ongoing education; appropriate tools and resources; and a thorough understanding of the implications that today’s financial decisions can have on tomorrow’s milestones are keys to a positive experience with credit.”

For the purposes of this survey, Equifax commissioned a blind survey of U.S. college students in June 2016. The margin of error for this survey is plus or minus 4 percent.