US Risk Climate: The e-Commerce Pharmacy Disruption and the Death of the Neighborhood Pharmacy 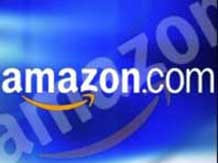 Pharmacy Disruption?  Amazon announced that it would purchase the online pharmacy Pill Pack. The deal on the surface was interesting and rattled the entire retail pharmacy market, but the depth of the strategy was solid. The full impact of this strategy will show itself in the coming years. But, this is a disruptive move in the pharmaceutical retail and distribution sector. As you probably saw, all the traditional, publicly traded pharmacy retailers took a hit on the news.

The biggest win, and perhaps most valuable part of the acquisition, comes from the 50-state regulatory approval that Amazon will instantly get to distribute pharma products. That’s what opens the door. Couple that with the distribution system, advertising, advanced Big Data analytics and their ability to target market, and another juggernaut under the Amazon umbrella could feasibly emerge. Throw in the eventual cost savings that they will be able to deliver – and it could be a game-changer. It’s early, and there are powerful competitors, secular norms, and consumer purchase behaviors to overcome before it can become the proverbial “game-changer”.

Jeff Bezos is also a big proponent of disrupting health care and has proposed to form a health care group with Berkshire Hathaway and JP Morgan to create a private group in the health insurance industry. Combined, the three companies would have nearly 1.2 million employees in the program – and they believe that they can drive the cost of healthcare down by merging resources and using the purchasing power and distribution of risk with this size of group. Just for comparison, the Blue Cross Blue Shield Association has about 106 million people covered by its 36 independent and locally operated

companies included in the “blues”. It’s unclear how Pill Pack might fit into this new venture, but one can bet that it will be one of the underpinnings to drive the cost of healthcare lower.