US Risk Climate: When Will the Next Credit Bubble Burst? – This Time Car Loans 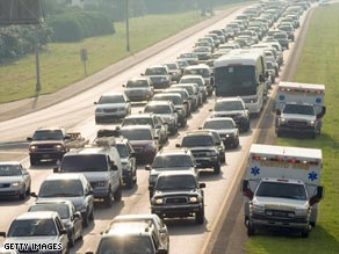 More than a million US consumers have fallen at least two months behind on car loan repayments as the delinquency rate reaches its highest level since 2009, in the latest sign of stress in the $1.1tn market. The proportion of soured car loans showed a 13 per cent increase to 1.44 per cent in 2016, according to data published recently by TransUnion, the US credit bureau with an anonymised database of 220m consumers.

Delinquencies on credit cards also rose by about the same amount over the period to 1.79 per cent — the highest since 2011. The rise in bad loans comes despite persistently low borrowing costs and unemployment levels — suggesting lenders may be letting consumers take on bigger debt burdens than they can handle. Lending to consumers with weak credit scores has been one of the fastest growing parts of the industry. Still, the increased delinquency levels follow a period of rapid expansion and could be a natural consequence of that growth.

Separate figures published by the New York Federal Reserve showed the total amount of debt held by American households rose last year at the fastest clip since 2007. Increases in all the main categories, from mortgages to student loans, pushed the total up $460bn over the year to $12.58tn — only 0.8 per cent shy of a peak reached in the third quarter of 2008, the height of the financial crisis.  By the end of 2016, there were 4.3m more US car leases or loans than there were a year earlier.*

The car loan delinquency rate also remains lower than for other types of debt. Americans continue to prioritise car loan repayments — a sign of the importance they attach to their vehicles. Bankers say overall credit quality remains good. The mortgage delinquency rate is significantly higher than the car loans rate, at 2.28 per cent, although this remains low by the historical standards of the home loan market. Still, regulators have been raising concerns for months about weakening underwriting standards in the car loans sector as Americans borrow larger sums to buy bigger and better vehicles, and take longer to pay off the debt.

The average borrower has about $18,400 in debt on their car loan — up about a tenth from three years ago. Nancy Bush, an analyst at NAB Research, said: “Auto lending was so hot for a while. It’s almost inevitable the credit quality would be stretched. “Investors have tended to worry less than they should about banks going out on a limb with credit quality, just because we haven’t seen the evidence up until the last few quarters.” Signs exist that lenders are stepping back from the riskiest parts of the market. Santander Consumer USA, the subprime car-loans division of Spain’s biggest bank, reduced originations by a quarter in the final three months of last year in the face of “heated” competition.  Across the industry, subprime car loan originations fell 3 per cent in the third quarter from a year ago. In contrast, so-called prime plus and super prime originations rose. “This is at a period where we, as an industry, should stay disciplined,”

*This article has been amended from the original to clarify that by the end of 2016, there were 4.3m more US car leases or loans than a year earlier.

Additional comments made by Armada Corporate Intelligence in a recent blog:  Household Debt Climbs Dramatically in 2016 – Remember in the aftermath of the recession when it was asserted that the American spendthrift had learned their lesson and would never allow themselves to be so laden with debt they would be subject to another crisis? Yeah right. The debt situation for households today is as bad as it has been in years as people have been pulling out those credit cards at their former pace at the same time there has been more auto loan activity and more mortgages. The debt levels climbed by $226 billion and that takes the total household debt very close to the record level set in 2008. The total debt now is $12.6 trillion. Unlike the 2008 debt most of this is unrelated to housing – the majority of this new debt is related to student loans and auto loans as well as those hyper credit cards.