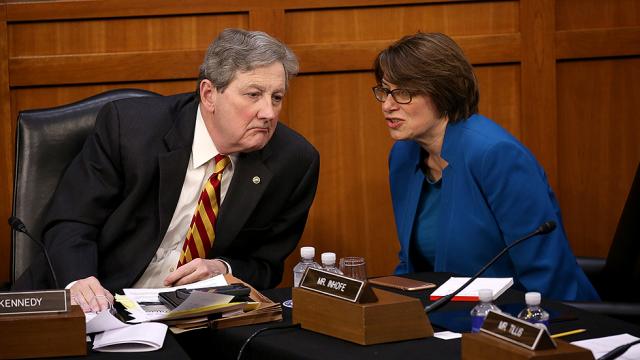 Coming soon:  The Social Media Privacy Protection and Consumer Rights Act and the industry can thank Mr. Zuckerberg for that!

Sens. Amy Klobuchar (D-Minn.) and John Kennedy (R-La.) introduced a bipartisan internet privacy bill that would give users more control over what websites can do with their data.  The new bill, the Social Media Privacy Protection and Consumer Rights Act, comes just weeks after Congress threatened Facebook CEO Mark Zuckerberg with tougher regulations when he testified in back-to-back hearings earlier this month.

The bill would give users the right to opt out of having their data collected and require websites to make their terms of service easily understandable. Users would also have the ability to order websites to delete their data and request copies of what has been collected about them.

Zuckerberg promised Congress that Facebook would take a broader view of its responsibility to consumers after it was revealed that Cambridge Analytica, a political firm that contracted with President Trump’s 2016 campaign, obtained data on more than 87 million users without their knowledge.

Still, some lawmakers, such as Kennedy and Klobuchar, see the need for privacy legislation to rein in internet giants. Their bill would require websites to inform users of privacy violations within 72 hours of any breach.

No doubt this will not be the end of the debate.  More likely just the beginning and Social Media will not like the outcome.