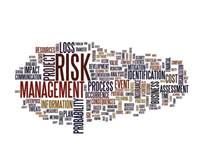 Payment habits for US businesses worsened in the third quarter, but the performance differed markedly between various industries, according to a report unveiled this week by global trade credit insurer Euler Hermes.

Euler Hermes’ latest “Economic Insight” showed a 2% increase in the average dollar amount of past due payments to US businesses through the first three quarters of 2014, as compared to the same period one year prior. Although Euler noted its Severity Index, which tracks long-run averages of payment behavior, remained in positive territory overall, the latest data suggested a drag on the horizon for overall economic growth in 2014’s final quarter.

The best performing industries according to Euler’s Receivables at Risk (RAR) metric of late have been the automotive and energy industries, though the latter is often subject to greater unpredictability than most other segments. Both are expected to post positive fourth quarter results. Retail, to a lesser extent, also looked strong heading into the fourth quarter, though that is almost a given considering the expected annual holiday shopping boost.

Those with the worst RAR rating changes between this year’s second and third quarters were the commodities and electronics industries. Euler analysts characterized the commodities payment behavior change (a 71% decrease in performance) as particularly worrisome because of the unexpected and low frequency of delinquencies coupled with the high value of the losses. The industry encountered problems such as over-capacity and weakening global demand, which are unlikely to improve drastically before 2015. Reasons behind the slowdown in electronics payment behavior proved difficult to identify, Euler admitted. The agriculture and chemical industries also skewed weaker in predictions for the fourth quarter, but not nearly to the disappointing levels of those previously mentioned.