Value of Information Services – Luck is not a Plan 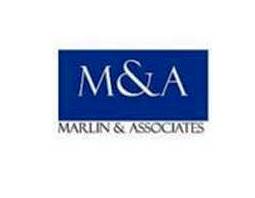 Editorial Comment:  When it comes to the question about the value of information businesses there is no better source than Marlin & Associates.  I have known the Managing Partner, Ken Marlin, for many years.  He is a former colleague of mine.  We both worked at the Dun & Bradstreet Corporation on acquisitions, divestitures and business development projects.  Eventually Ken decided to pursue this kind of work independently by forming Marlin & Associates.  For his announcements of monthly updates Ken usually picks very timely and appropriate messages.  For the September announcement he chose September 11th as a somber theme to reflect on what happened to him that particular day.  Joachim C Bartels, BIIA Editor-In-Chief

Ken Marlin writes:  “Our latest report, found here, contains an update on m&a deals, values, and trends in the dozen+ segments of the information industry that we follow, and sometimes lead. Please click here for our September General Market Update.

In my book, I have a chapter titled “Luck is not a Plan”. I wrote that successful deals come about as a result of disciplined planning, preparation and execution – not luck. That approach has worked for us – and has been critical to our success.

But lately, as we’ve been watching people impacted by hurricanes, war, and more, I’ve been thinking about the impact of luck. Also, it is September 11th as I write this, 16 years after the deadliest attack on US soil since Pearl Harbor. At 8:30 that morning, I was supposed to be at a breakfast conference sponsored by the Risk Waters Group at Windows on the World, on the 106th floor of the North Tower of the original World Trade Center in New York. At the last minute, I was asked to join a client meeting, so I missed it. Was that luck? It certainly wasn’t the result of any plan. None of the 81 people at that conference survived. Clearly, they had bad luck. Several were friends…  I knew many others in those Twin Towers on that morning. They had no way to plan or prepare for what happened. I also knew Marines, who, later that day, began to plan, and prepared for War. Not all of them came home either.

So, as I reflect, on this September 11th, I’ll accept that periodically luck has helped me in ways that I don’t always acknowledge. It spared my 93 year-old father from Hurricane Irma; helped my friends in Houston survive Harvey; and helped others avoid 9/11. I’m mindful that, as we sit here safe and secure, others around the world try to cope with war, hurricanes, wildfires, floods, famine, discrimination, sickness and more forms of bad luck that they could not have avoided – no matter how much planning or preparation they employed.

So instead of denigrating luck I’ll just say that the most we can do – and the key to our success – has been in controlling those things that are controllable through detailed planning, careful preparation, disciplined execution and hard work. But we’ll take a bit of luck, because every once in a while, we are reminded of just how capricious life can be.

Right now, as you will see from the report found here, deal values and trends are good. Our business remains strong. We’re happy. With luck, I think it can continue for some time.  Also, please standby for some interesting changes to our newsletters and emails over the coming weeks. We’re working hard on them. If you’re curious, you can take a look at some of the new changes here.”

Marlin & Associates is one of the most active investment banking and strategic advisory firms providing counsel to worldwide buyers and sellers of middle-market technology firms. Headquartered in New York City, with offices in Washington, D.C., and Toronto. Marlin & Associates publishes four m&a market update newsletters: Enterprise Data & Analytics; Fintech; Healthcare IT; and our broader m&a update covering m&a values and trends in the dozen+ information technology sectors that we follow and sometimes lead.