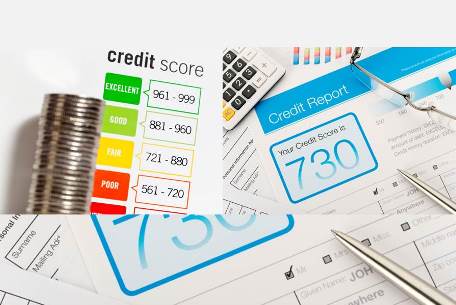 In an independent study released by Capital Services, Sioux Falls SD performed in conjunction with South Dakota State University researchers concluded that enhanced time series information recently introduced by the leading U.S. credit bureaus will significantly improve credit scoring and decision support platforms across all aspects of the consumer credit lifecycle http://www.sdstate.edu/mathstat/upload/A-Credit-Evolution_ASMBI.pdf .  As a leading payment portfolio management and servicing company of more than 670,000 accounts from over 150 financial institutions Capital Services invests heavily in the development of proprietary credit scoring systems and continuously seeks new data sources and techniques to improve the performance of their models.

Capital Services’ custom credit models, as most U.S. lenders, rely heavily upon credit characteristics derived from consumer credit files, which are predominately a “single-point-in- time” representation of the consumer’s profile. Prior to the recent availability of time series dollar amounts for credit balances, credit limits and payments there were very few data elements available on a consumer credit report that could yield a time series perspective of a consumer’s credit history. For example, a monthly trend of the number of satisfactory or delinquent tradelines found on a consumer’s credit report could be generated. Because consumers do not regularly open or close many accounts on a monthly basis the time series for a characteristic of this nature is relatively “flat”. As a result, incremental information from a time series based upon the number of satisfactory or delinquent tradelines may be insignificant when compared to a similar static credit characteristic.

Because credit balance and payment amounts reported on a consumer’s credit report can change substantially from one month to the next and may exhibit a trend over several months a dollar amount time series perspective may reveal temporary or long term financial stress experienced by the consumer, which may affect a variety of consumer credit behaviors.  It is interesting to note that time series credit characteristics for the number of satisfactory or delinquent tradelines is not found among the thousands of predefined credit characteristic available from each of the “Big Three”.

An Example as to How Velocity is Important

In the example below two hypothetical consumers have a current Bankcard utilization rate of .5 at time period 0.  If all other credit characteristics for these two consumers were identical then the points assigned to each consumer’ credit score would be identical. However, if the historical trend for each consumer is headed is a different direction then the points assigned to each consumer, based upon this trend, and may be radically different. Although the results from this comparative analysis were impressive, expectations for even stronger results are high. As Alfred Furth explained, “Our highly focused customer base is much different from the general population. When we migrated our credit bureau based risk models from the standard characteristics available from the credit repositories to custom characteristics focusing on the unique profile and credit experiences of our customer base we witnessed a significant improvement in our models. We expect to witness similar, if not better, improvement by migrating to custom time series credit characteristics and basing our models on analytic techniques better suited for time series information.

The availability of velocity and volatility credit information should significantly improve credit behavior models developed by users and offered by credit reporting agencies. Model improvement is just one of several potential benefits time series information may provide. The potential for a wide variety of new solutions focused on data and new information delivery platforms, which have yet to be developed, can permanently alter the credit bureau landscape. Future articles will discuss some of the potential products and services concepts that time series data may facilitate.

About the Author:  Chet Wiermanski is one of BIIA’s contributing editors writing on the subjects of credit scoring and decision systems. He is a Visiting Scholar at the Federal Reserve Bank of Philadelphia researching new applications of consumer credit report information. Additionally, Chet is Managing Director of Aether Analytics which specializes on leveraging hidden data sequences and time series components within consumer credit information typically ignored by traditional credit bureau based solutions. Previously Chet was the Global Chief Scientist at TransUnion LLC. Holding a variety of positions within TransUnion, during his tenure, between July 1997 and February 2012, he was responsible for identifying, evaluating and developing new technology platforms involving alternative data sources, predictive modeling, econometric forecasting and related consulting services.