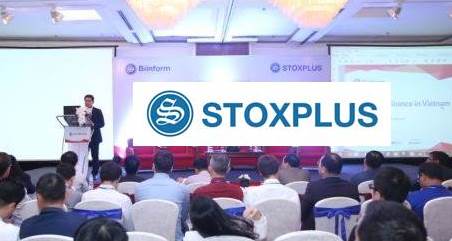 Consumer finance has significant room for growth in Việt Nam, however it is essential to improve the policy framework to ensure efficiency, transparency and sound operation of the financial system and the whole economy, heard a conference in Hà Nội recently.

The International Conference on Consumer Finance in Việt Nam was organised by StoxPlus, a leading financial and business information corporation in Việt Nam, with support from Nikkei Inc, from Japan and International Finance Corporation (IFC), a member of the World Bank Group.

Experts agreed that the consumer lending market has high potential in Việt Nam, given the low penetration and significant size of the population that remained unbanked and unserved despite increasing income.

However, the policy framework for consumer finance needed to be improved amid rapid development of financial technology (fintech), which was enabling disruption, so as to enhance access to credit, decrease the unofficial credit sector and develop financial inclusion.

Statistics of the State Bank of Việt Nam revealed that total outstanding consumer loans were at VNĐ960 trillion (US$42.1 billion), or 15.7 per cent of the total outstanding loans in the economy, in 2016, of which VNĐ74 trillion was provided by finance companies.  Nguyễn Thị Hiền, deputy director of the Banking Strategy Institute, said at the conference that Việt Nam had significant room for consumer finance.  She cited the World Bank’s statistics according to which the population with loans accounted for 46.84 per cent in Việt Nam, but the percentage of population with loan at financial institutions was much smaller at 18.45 per cent.

Given the market potential, the market was becoming increasingly competitive for seven current players – FE Credit, Home Credit, HD Saison and Prudential Finance, as well as Toyota Finance, JACCS Vietnam and Mirae Asset Finance – due to new entrants, including Mcredit, Lotte Card, and upcoming players with a new business model.

According to Lan, fintech enabled the emergence of a disruptive business model for consumer finance companies, which would introduce opportunities to lower interest rates – the top concern of consumers – and reach wider market coverage.  The consumer finance market was also moving away fast from the offline channel, including physical point-of-sale (POS) and direct sales agents, to online and mobile, such as e-commerce website, social media (Facebook, Zalo, Wechat) and mobile apps.

Lan said Việt Nam needed a clear framework for financial intermediary, fintech and peer-to-peer lending, as well as customer protection in the digital area of consumer finance, adding that current regulations were only applicable for finance companies.  In addition, consumer finance companies should leverage the application of Big Data and omni-channel for targeted customer offers, Lan said.

He added that technology would help ensure not only convenience but also security.

According to Reet Chaudhuri, financial and banking expert of McKinsey & Company, Việt Nam’s fintech entrants were relatively new and primarily focused on payments, with only a few players focusing on lending.  He pointed out that the fintech ecosystem was still small with 48 players, of which only four offered direct lending and four crowd-funding. “Việt Nam should accelerate development of the fintech ecosystem in a controlled fashion and increase customer choice,” he said. For peer-to-peer, it should be encouraged in Việt Nam but a clear regulatory framework with safeguards needs to be put in place, he added.

Experts at the conference also said it was essential to develop a customer database for credit organisations to access at reasonable cost while leveraging the application of modern technology in service delivery, management and promoting service quality.

StockPlus projected the consumer finance market growth would return to the normal rate of 20-30 per cent after posting 44 per cent growth during the past three years.