Visa Puts Blockchain to the Test 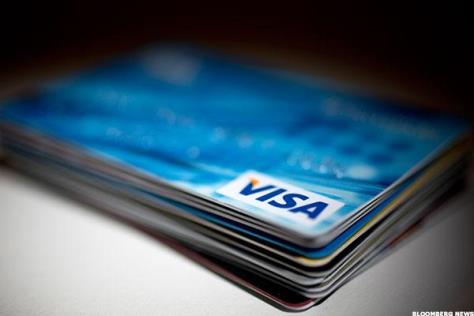 Visa steps up its game in the blockchain technology space, inviting banks to join its European innovation hub in testing a cross-border settlement platform with BLT Group.

Visa CEO Charles Scharf is getting ready to find out how well blockchain technology, which he has described as both an opportunity and a risk for financiers, can deliver on its potential. The company’s European innovation lab said Thursday that it’s actively seeking banks in the region for a pilot with Canada-based BTL Group, which specializes in blockchain, which will test the system’s use in bank settlements. That’s one of the areas where the technology, which reduces the need for intermediaries by giving multiple parties secure assess to a joint ledger, has the potential to streamline the finance industry, according to an analysts by Moody’s Investor Service. “Through the use of smart contracts and blockchains, I believe we can create a fast, compliant and low-cost interbank payment and settlement service, with embedded regional compliance,” Hendrik Kleinsmiede, co-founder of Visa Europe innovation hub Collab, wrote in a blog Thursday.

Visa’s program with BTL “is a very real experiment, a very real pilot and it’s going to start to put blockchain technology to the test in a way that’s never been done before,” BTL Group CEO Guy Halford-Thompson said in a phone interview. Blockchain, born with the cryptocurrency Bitcoin and also referred to as distributed ledger technology, lets each party in a transaction retain control over their components since no one can modify data entered by someone else.

The pilot will use BTL Group’s cross-border settlement platform, called Interbit, which the company says can help banks in “reducing cost, settlement time, credit risk” and can utilize “smart contracts” to automate many of the steps required for regulatory compliance.

Interbit addresses two challenges that blockchain companies face when dealing with the financial industry: privacy and scalability, he noted.