Waking Up to the Cyber Threat 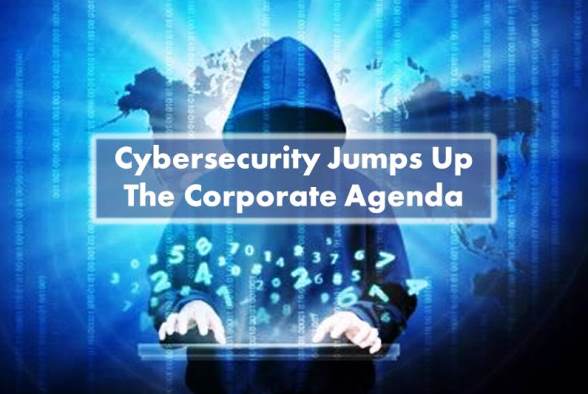 Cybersecurity Jumps Up The Corporate Agenda

Security professionals are more worried about data breaches and cyber-attacks than they were a year ago, with most fearing that Meltdown-Spectre attacks are becoming the norm.  System compromises and ransomware are the greatest threats to organisations, with 20% listing both as their primary concern, according to Neustar’s International cyber benchmarks index report.

These are closely followed by distributed denial of service (DDoS) attacks (19%), financial theft (18%), and attacks on intellectual property (17%), the survey of security professionals across Europe, the Middle East, Africa and the US shows. Nearly half of those polled (47%) see DDoS attacks as increasingly harmful to their organisation this year, up from 38% in 2017. On average, 40% of respondent organisations said they have been targeted by DDoS attacks.

Almost all companies surveyed (98%) have taken steps to minimise risks from attacks exploiting the Meltdown and Spectre chip vulnerabilities, with 90% of respondents saying they believe these attacks will become the norm.

Neustar’s Changing face of cyber-attacks report, which examined the effects of memcached attacks and the largest DDoS attack ever recorded at 1.7Tbps, demonstrates how the different types of threat propagating today, combined with the sheer volume of attacks, can paint a discouraging picture.

The report also underlines that today’s threats seldom occur in isolation. For example, a DDoS threat in one segment can divert attention from malware in another, while ransomware can be used to hasten data exfiltration¹.

According to the report, IPv6 attacks will rise as companies adopt the new standard. Neustar thwarted what is believed to be the first IPv6 attack, which presented a new direction that attackers are likely to pursue as more and more companies adopt IPv6 and run dual IPv4/IPv6 stacks, the report said.

Running IPv4 and IPv6 in parallel speeds up IPv6 network implementation, but works against consistent security, the report warns.

It adds that matters are complicated even further by the fact that many security tools still do not support IPv6 or may not be configured properly, which allows attackers to bypass firewalls and intrusion prevention systems, generating malicious IPv6 traffic that these controls do not recognise.

The growth of devices making up the Internet of Things (IoT) is paving the way for botnets, which are constantly evolving, the report said, pointing out that cyber criminals can rent or buy these botnets with ease, making these threats one of the biggest issues for enterprises today.

Rodney Joffe, Neustar senior vice-president and fellow, said the reports’ findings should come as no surprise to anyone.  “Yes, security professionals are becoming more concerned about the level of threat to their organisations, because that same level of threat is continuing to rise at an extreme rate,” he said.  “As we have seen over the past year, there are more threats to be aware of, whether in the form of DDoS, malware, application layer attacks or something else entirely, leaving professionals confused about where the next attack is coming from.

“To successfully prepare for a cyber-attack in today’s landscape is to accept that your organisation will be the next target. If you are online, you are susceptible to an attack. Whether you are most vulnerable or not is entirely up to you.”