Whatever Happened to Entrepreneurialism? A Personal Opinion 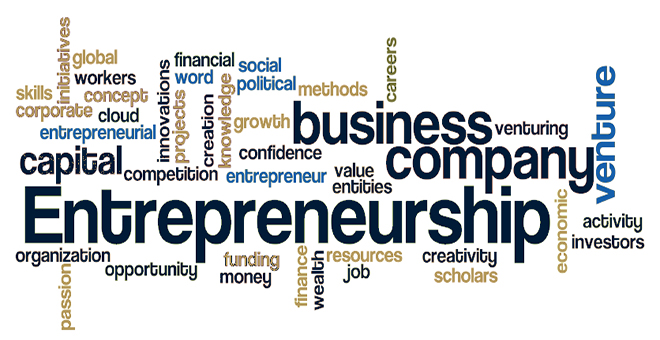 For many years the US was the unrivaled king of creating new business. It was the part of the US economy that was unique in the world. It is not that other nations have not had business creation but the US was proud of the fact that many of the common barriers did not exist here.

The average Japanese wants nothing to do with the challenges of the start-up and dreams of working for the big company with a big reputation. The British entrepreneur is almost always foreign as the domestic best and brightest want the security and prestige of government work or being employed by the big firm. Germans, French, Italians – almost every European state – all have some elements of that entrepreneurial spirit but the road is tough with scarce financial help and government regulation that hinders more than helps. The fear is that the US has been drifting towards a less entrepreneur friendly system and fast.

There remain the big tech innovators that get featured on the covers of the business magazines and it is hard to ignore the fact that 16 of the richest Americans built that fortune in the tech sector and by themselves. There are still real hotbeds of start-up activity in key cities such as Seattle, Boston and San Francisco but elsewhere in the country the road has become much tougher.  Between 2010 and 2014 half the growth in new business was in just twenty counties in the US. The Kaufmann Foundation has been tracking the role of the start-up for years and the most recent data has been distressing. The share of companies that are employing at least one person other than the founder was at the lowest point on record in 2013. It has not improved much since although there was a surge in openings in 2015 that marked a ten year high. The kind of start-up has also changed with the vast majority in the service sector and the low paying part at that. There have been a lot of coffee shops and food trucks but a real decline in start-ups in the manufacturing sector and in high tech for that matter.

What has happened? Is there a simple reason for this decline? Can it be blamed on the aftermath of the recession or on some unique situation affecting the US economy right now? To some degree this has been the case. Most start-ups are funded by the entrepreneur with their own money and there was a significant reduction in wealth due to the recession. People did not have the nest eggs to draw from and their lower home values made mortgaging tricky. The problem is that there are other issues that have affected the entrepreneur that are not as directly related to the downturn.

The first of these is a general sense of risk aversion in the population and this is somewhat connected to the recession – at least psychologically. Prior to the collapse the US had been enjoying a lengthy run of solid growth and the sense was that this would go on forever. This meant that taking the risk of starting a business was not quite so intimidating as there was confidence that if it didn’t work out there was always the option of going back into the workforce. Now that is not such a secure assumption and people are less inclined to start something new. Another factor that plays into this and may be related to the recession is the relative lack of mobility. This has been creating havoc in the housing sector for a while and has also had an impact on other parts of the economy. The person that could pick up and move to a new city and career in the 1980s can’t do so as easily today. The majority of the households in the US are now dual income and that means there has to be a job for both of the wage earners. Then there is the issue of trying to sell a home when the housing market was in distress. The start-up needs a certain amount of employment flexibility if there is any hope of attracting the people needed and now this is harder to ensure.  If one asks the entrepreneur the challenges are pretty clear – regulations, taxes and financing – not necessarily in that order. The regulatory question is always controversial as nobody advocates for a world that is open to fraud and incompetence. The new coffee shop or food truck had better not be a roach trap that sickens the populace but for every regulation that makes perfect sense there seem to be ten that defy logic.

The reality is that many regulations have been developed by those that seek to keep the new guys out. Food trucks challenge restaurants and the regulations that apply are often promulgated by the restaurants. The taxes paid can be complex and crippling to small operations and then there is the biggest hurdle of all – money. The banks are still more cautious than they once were and there are far fewer investor and angel funds than once was the case.

Beyond these specific issues there is the major one – the elephant in the room. The US business community is far less competitive than it once was. The number of companies dominating their sector has been growing.  It was once just an issue with sectors like the automobile industry – Ford and GM came to dominate and that seemed natural enough.

Today there are giant companies that dominate the world of coffee shops and organic food stores. There seems little room to start much of anything without fighting giant chains that can bring resources to bear that overwhelm the start-up.

The collapse in productivity has been discussed at length and there are some who assert that it has been lack of competition that has been at fault. The economy is increasingly controlled by the larger entity and the room for traditional small business is shrinking. The small store can’t compete with Wal-Mart or Target, the small motel can’t compete with Marriott or Holiday Inn, the small coffee shop fights Starbucks. The consumer talks a good game when it comes to supporting small business but rarely follows through if the chain is closer and offers better prices.

some fundamental changes to reverse that trend. The days of the guy starting his own car company may be over but there is still room for the guy who wants to make parts. At least there is now. Whether that changes in the coming decades is an open question. The door appears to be closing unless steps are taken to prop it up.