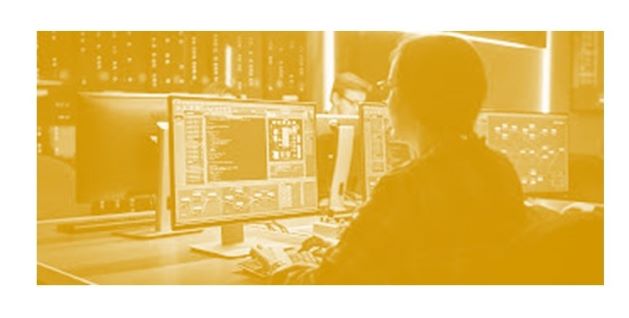 Not only were chief information officers tasked with overseeing the seemingly overnight transition to remote work at the onset of the crisis, but they were also asked to make sure their firms didn’t fall behind on the digital transformation front—which went from 60 mph to 100 mph during the pandemic.

Fortune Analytics wanted to check-in with these CIOs/CTOs to see how the pandemic changed their roles, and where tech investment dollars will flow in 2022. To do so, Workday provided us the raw results of a CIO survey they did this summer with Deloitte.

Here’s what Fortune found in the Workday/Deloitte CIO survey.*

The Numbers To Know:

Over the coming 12 months, 80% of CIOs say they’ll be upping their cybersecurity spending. Only 5% say it’ll decrease.

Jonathan Rivers, Fortune’s Chief Technology Officer, tells me it’s a no brainer: “They can no longer ignore security. Companies have been too lucky for too long. Ten years ago hacking was done for fun. It’s now done for financial gain. As an organization you are now trying to defend yourself against organized and funded hacking attempts that have very real revenue against it.”

Not only are there reputation damages on the line—like what happened to Equifax in 2017 after it came to light that hackers stole its records of over 100 million people—but increasingly it also comes at an immediate financial cost. Look no further than the Colonial Pipeline ransomware attack in May. The hackers walked away with millions.

[BIIA editorial comment:  We take umbrage to the comments in the above paragraph.  The Department of Justice confirmed that the Equifax hack was a State sponsored affair.  Admittingly Equifax was ill prepared and was fined heavily.  It was also required to invest heavily in defensive measures.  The company has recovered remarkably.  We would say it has redeemed itself. During the past 5 quarters its revenue growth exceeds that of its key competitors.

The Colonial Pipeline affair was a wakeup call.  The article however is not correct by saying that the hackers walked away with millions.  It was reported that the FBI recovered most to the money.] 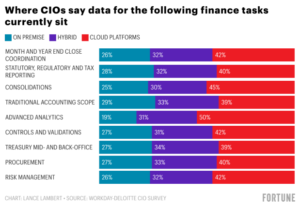 The cloud industry was already growing at an insane rate before the pandemic, but the crisis took it to another level. It won’t stop either: Among CIOs, 78% plan to increase cloud investment, while just 3% plan to decrease spending on it.

The Workday/Deloitte CIO survey (see chart above) shows why the outlook for cloud is so strong. Simply put, there remain a lot of data areas where companies aren’t fully in the cloud. For example, when it comes to risk management, just 42% of the data lives in the cloud.

Of course, cloud technology also ties back to cybersecurity: AWS is going to have a lot more security engineers/protections than a company’s own internal data centers.

Just how much growth awaits the industry? Currently, there are around 450,000 workers employed in the cloud computing business. That figure is expected to grow by an additional 1.8 million in the next five years, according to a recent forecast by Burning Glass Technologies. For perspective, the entire U.S. utilities industry employs 540,000 workers

*Methodology: The Workday/Deloitte CIO survey, which was used to build their “A More Effective CIO-CFO Partnership” report, was conducted between May and June. The survey got more than 600 responses. Most of those were from officers with a CIO or CTO title, however, it also included chief data officers and chief information security officers. 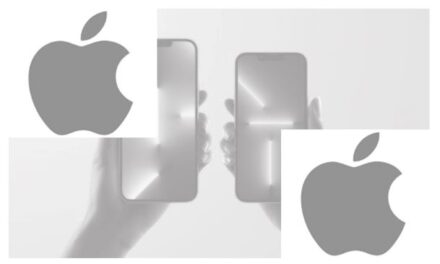