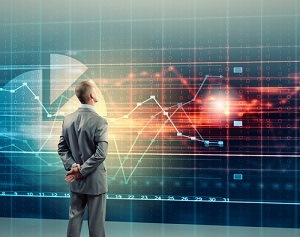 Data analytics is one of the hottest fields in IT, and one of the most in-demand jobs in the broader market.  Data science, developer, and engineer jobs are expected to grow to 700,000 openings by 2020, with 2,270,000 total data-related job openings.  But all that momentum may be disrupted if machine learning and AI programs begin to encroach on that territory. Does AI have the power to make data analytics jobs obsolete?

The Idea:  The idea here is simple, though the execution would be complicated. If developers are able to create an algorithm that can process vast volumes of data, present it in an easily recognizable form, and even draw basic conclusions from it, it could entirely replace the responsibilities of at least some human data analytics positions. Considering that this year there will be 2.9 million people with data analytics skills, that development could have a massive impact on the world of big data.

Arguments For:  So is it possible that AI could make data analytics jobs obsolete? Let’s take a look at some of the arguments for this development:

“Analyzing data” is a very loose term, which could refer to a number of processes. However, all of these processes are fairly objective, following a fixed set of rules and logic. As a general rule, if the process is straightforward and predictable enough, it can be automated; accordingly, many of the set processes that data professionals use to analyze large sets of data could be tackled more efficiently by machine learning algorithms.

We also need to address the constant increase of data volume; organizations are relying on bigger and bigger data sets for their operations, which makes the jobs of human data analysts more and more complex. At some point, it will be cheaper and easier to develop an algorithm than to have a human employee try and tackle those complexities by themselves.

The change is already unfolding

You could argue that the change is already occurring. There are currently automated algorithms that can handle the work of selecting and cleaning datasets, presenting visuals that compile data, and even present certain actionable insights. Low-level analytics jobs are starting to feel the pressure here, so it may only be a matter of time before advanced-level analytics jobs feel a similar mounting pressure.

Arguments Against: So what are the arguments against this unfolding?

Some argue that the type of insights you get from a machine learning algorithm couldn’t ever rival the near-instinctual insights you could get from a human being. While you can automate the predictable, routine processes used by data scientists, you can’t replicate the industry expertise of a true expert, nor can you program a machine to think creatively, at least not yet. Accordingly, even the best data-related AI programs will need human assistance and oversight.

Computer programmers have already faced a similar dilemma several years ago; as low-level programming skills could be automated, many programmers feared they would be replaced.

But while many low-level programming jobs were lost, the overall number of jobs actually increased, shifting to favor higher-skilled, more experienced positions. Though programming and data analysis are separate fields, we may be able to predict the coming changes of the latter based on the former’s developments.

AI can only displace jobs, not replace them

One school of thought on AI and job disruption is that technology can never truly replace jobs; it can only displace them. The idea here is that even if a “perfect” AI was able to fully replace a human’s role, that role could be shifted to monitoring, improving, and enhancing the potential of that algorithm. Accordingly, jobs would evolve, rather than disappearing.

The Bottom Line: For now at least, it appears that data analytics jobs aren’t under threat from AI; it will be at least a few more years before machine learning is sophisticated enough to fully replace, or even displace human jobs in full. Even then,

it’s likely that data science, engineering, and analytics jobs will only evolve to address the new complexities of the field, rather than getting replaced entirely.