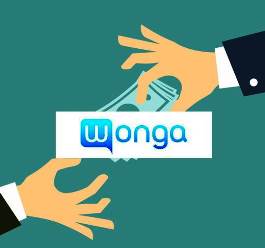 Payday lender Wonga has suffered a data breach that has exposed names, e-mail addresses, home addresses, phone numbers, the last four digits of card numbers, bank account numbers and sort codes. The ICO has confirmed that it has received a breach notification and is investigating the matter.

A spokesperson for Wonga said: “Wonga is urgently investigating illegal and unauthorised access to the personal data of some of its customers in the UK and Poland. We are working closely with authorities and we are in the process of informing affected customers. We sincerely apologise for the inconvenience caused.”

“We do not believe your Wonga account password was compromised and believe your account should be secure” Wonga says on its website. It has a dedicated phone number for customer assistance and has alerted the Financial Conduct Authority.

The Guardian reports that up to 270,000 people may be affected, 245,000 of those being UK customers. Wonga would not release to PL&B any information on numbers of people, or the specific reason for the breach.

“Cyber attacks are, unfortunately, on the rise. While Wonga operates to the highest security standards, these illegal attacks are unfortunately increasingly sophisticated,” Wonga says on its website.