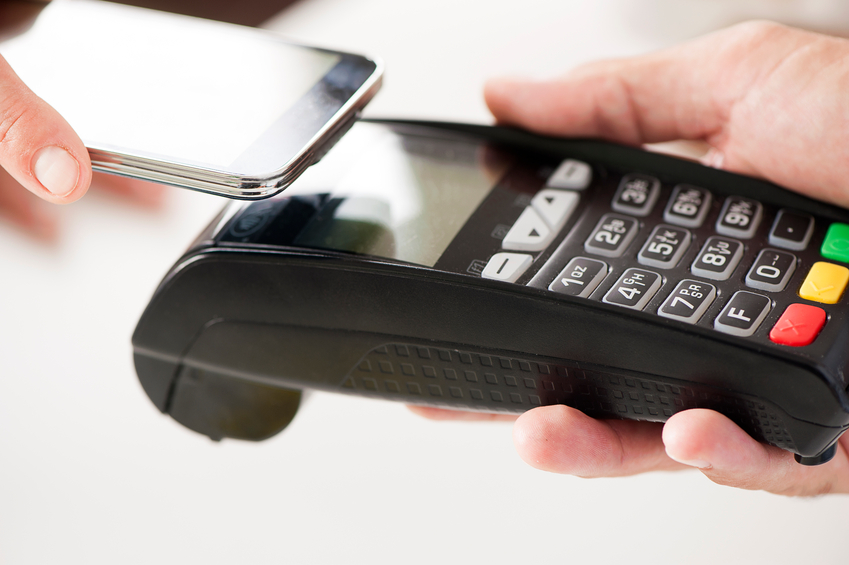 The hundreds of millions of Chinese people using their mobile phones to pay for goods and services will hardly have noticed, but the back-end infrastructure supporting the country’s online payments industry is being transformed. The changes are likely to have important implications for the competitive landscape in the world’s largest mobile payments market.

Ant Financial’s Alipay and Tencent’s WeChat Pay dominate Chinese mobile payments, together accounting for more than nine out of 10 payments by value, according to Analysys International. Alipay still holds the top position with a 54 per cent share, but WeChat Pay has recently narrowed the gap.

Last year the People’s Bank of China announced that all non-bank payment processors would be required to switch to central clearing by June this year. In recent weeks, however, the two heavyweights have revealed contrasting approaches.

Previously, Alipay and Tencent’s Caifutong subsidiary — whose infrastructure underpins WeChat Pay — maintained a sprawling network of bilateral links with hundreds of banks. This allowed them to facilitate a seamless experience in which users could both pay merchants and also transfer money directly to a friend’s bank account.

But it also made supervision difficult, and PBoC’s clearing requirement was designed primarily to increase transparency and reduce risks of money laundering and other misuse of funds.  To support the switch to central clearing, the PBoC chartered a new, dedicated clearing house for third-party online payments called NetsUnion Clearing Corp. 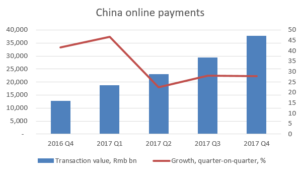 The PBoC and an industry association it controls, the Payment & Clearing Association of China, together took a 37 per cent equity stake in NetsUnion. Alipay and Tencent each took 10 per cent, while 36 other payment processors held the remaining 53 per cent stake.

By mid-April, 462 commercial banks and 115 payment processors had connected to NetsUnion, according to an official notice sent to members. On April 1, the company said Tencent had connected to the platform, enabling WeChat pay’s QR code payments to be processed there.

But less than two weeks later, China UnionPay — the bank card processor owned by a consortium of mostly state-owned banks — announced that it had also signed a partnership with Tencent to process QR code payments, setting up competition between NetsUnion and UnionPay.

The move was not a complete surprise. When NetsUnion was established, analysts said the decision to create a new clearinghouse was a blow to UnionPay, which would have liked to play the same the role for online payments that it was already playing for bank card payments. But Tencent’s partnership with UnionPay indicates that it too can help payment groups meet PBoC’s central clearing requirement.

The partnership could also provide a boost for UnionPay, which is increasingly competitive in bank card services with foreign rivals like Visa and Mastercard but is threatened at home as users switch from bank cards to mobile payments using QR codes.

In a 2016 interview, Ant Financial president Eric Jing confirmed to the Financial Times that Alipay transactions were not using the UnionPay network. Under the old system of bilateral bank linkages, Tencen’ts WeChat Pay was also believed to be bypassing UnionPay.  The alliance with Tencent gives UnionPay a fresh foothold in mobile payments. But given that Tencent also has a partnership with NetsUnion, it remains unclear which how Tencent will divide its business between the two clearing networks.

On May 11, Alipay and NetsUnion both issued statements announcing that Alipay had officially completed its linkup with NetsUnion for processing of QR code payments. But hours later, both companies deleted their statements. NetsUnion then issued a different announcement stating that “both sides are still maintaining confidential communication over individual details” of their cooperation but indicating they expected to reach a final agreement soon. The rival partnerships match a broader pattern in which Alibaba and Tencent force partners to choose sides in the fierce battle between their rival ecosystems.

Analysts say that the central clearing requirement may also end up increasing costs for both Ant Financial and Tencent, while leveling the playing field in favour of smaller players.

Under the old system of bilateral linkups, Alipay and Tencent were able to use their massive size to negotiate rock-bottom transaction fees with banks. This market power also gave them a cost advantage over smaller rivals.

The new system eliminates the hassle and cost of establishing bilateral links with individual banks, reducing barriers to entry. NetsUnion is also likely to charge uniform transaction fees to all players, eliminating the cost advantage for Alipay and Tencent. While no one shows any sign of challenging the massive market share of these two heavyweights, smaller payment services may now find it easier to carve out some profitable niches.