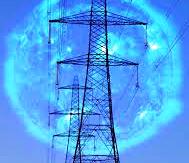 The UK government is one step ahead of hackers trying to turn off the country’s lights, for now.  The prospect of cyber-attacks on the nation’s power network is a major threat to the country’s security, according to James Arbuthnot, a member of parliament who chaired the Defense Select Committee until last year. He plans to visit National Grid Plc. (NG/) next month to discuss the issue.

Britain’s electricity transmission network is constantly subject to cyber-attack and threats to infrastructure will remain high over the next few months, the nation’s Computer Emergency Response Team statistics show. More resources are being funneled towards combating the attempted intrusions: the Cabinet Office said on Dec. 12 it is increasing spending on its cyber-security program to 860 million pounds ($1.3 billion) from an original 650 million pounds planned over four years from 2011.

Cyber-attacks on critical infrastructure are an increasing threat across the globe, according to Moscow-based security firm Kaspersky Lab, which advises governments and businesses. Revelations of an oil pipeline explosion in Turkey orchestrated by computer in 2008 and the attack on Sony Pictures Entertainment demonstrate the increasing ability of hackers to penetrate IT systems. An attack on the grid would be uniquely destructive since the economy would cease to function without it, Arbuthnot said.

The US grid was successfully hacked in November by several foreign governments, likely Russia, Iran and China, leaving it vulnerable to physical damage, the National Security Agency said. A report by Mountain View, California-based cyber-security company SentinelOne predicts that such attacks will disrupt American electricity in 2015.   businessweeek

Alfred Rolington is BIIA’s contributing editor on the subject of cyber-security.  He is CEO and co-founder of Cyber Security Intelligence Ltd.  An acknowledged authority, he writes and has spoken widely on Cyber Security & Intelligence issues. He has previously held senior leadership positions with Oxford Analytica and Jane’s Information Group.