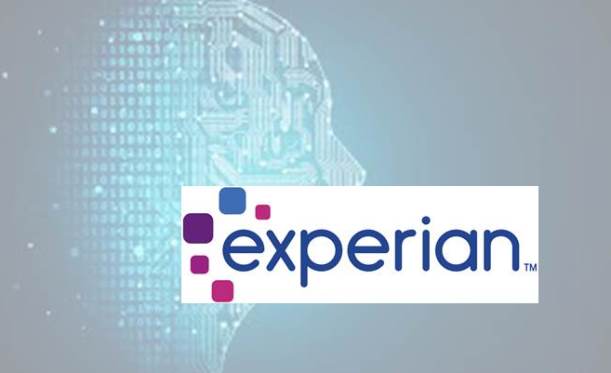 Goal is to identify and fix application problems before they impact customers.

With companies looking to artificial intelligence to deliver insights into their customers and the business, Experian PLC is tapping machine learning to better understand how its own applications behave.

The goal is to predict application behavior more quickly and reliably, and to identify and fix problems before they impact customers. Doing so is particularly important for customer-facing applications, where a slow or malfunctioning app could lead to lost clients.

Experian has used a number of tools including ServiceNow to monitor infrastructure performance or identify abnormal behavior that could signal a security threat. Over the past year, it has begun applying similar tools to its application stack. Experian is mandating that monitoring capabilities are built into all new applications to make sure it’s capturing sufficient performance data, a trend CIO Barry Libenson sees continuing in software development 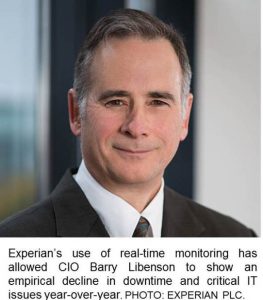 In the new setup, monitoring tools ingest data from storage, compute and other infrastructure and systems to create a model of normal application behavior. That model can then adjust itself automatically based on factors such as seasonality or a spike in new customers.

Machine learning helps Experian manage an increasingly complex IT environment as the business world faces a shortage of technical talent and adapts to the fast-paced nature of software development. “The monitoring can fine tune itself to a certain degree, increasing accuracy and eliminating the need for human intervention,” Mr. Libenson said.

Just as manufacturing firms added sensors to monitor the performance of generators and compressors, Experian now is doing the same thing with software. “I would equate this to predictive maintenance,” said Mr. Libenson, who spent more than seven years with manufacturer Ingersoll Rand.

Maintaining application reliability and reducing downtime is a key responsibility of the IT department. Analyzing real-time performance data can help Mr. Libenson’s teams get a more detailed understanding of when and why applications are likely to suffer, and respond appropriately before the issues reach customers. That in turn could improve customer experience while reducing maintenance costs and unplanned downtime, metrics that tie back to Experian’s bottom line.

It’s fairly easy to determine the cause of hardware problems, Mr. Libenson said. A failing disk drive or a bad router tend to behave in predictable ways, and the fix usually involves a replacement or a failover to a backup system.

It’s trickier with software, particularly applications that rely on complex connections between corporate systems. A number of issues could cause an application to falter — memory leaks, poor software logic or code compatibility issues, to name a few — and it isn’t always clear which is the culprit, or if it’s an issue that’s likely to occur again.

For example, an application may take longer than usual to answer a customer’s search query. It’s possible that the customer is formatting the search query incorrectly, or it could be something on the back end, such as a coding or database issue. Without knowing the root cause, it’s tougher to know who in the organization needs to solve the problem. Perhaps it’s a database administrator, or the person who coded the application.

“It’s more challenging to diagnose,” Mr. Libenson said. “There are many more points of failure where things could be occurring.” Experian is currently discussing the steps it should take to resolve these more complex issues.

To monitor applications, tools create what are known as “synthetic transactions,” simulated transactions that run through the system on a particular time interval, allowing Experian to spot potential issues without having to take the app offline.

Over time, data collected from applications and infrastructure can be used to create models that determine what constitutes normal behavior. When data indicates behavior outside the normal range, application or infrastructure teams receive an alert. As more data comes in, those models are refined, helping Experian create more accurate performance metrics.

“The machine learning component allows us to constantly evaluate what normal is,” he said.

Experian’s use of analytics has allowed Mr. Libenson to show an empirical decline in downtime and critical IT issues year-over-year, metrics he discusses regularly with CEO Brian Cassin and other executives.  “It’s actually giving measurable results that are tangible.”