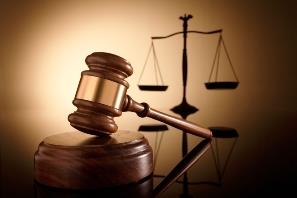 LexisNexis Legal & Professional has announced the acquisition of MLex, a subscription-based regulatory risk intelligence information provider that has  journalists, editors, lawyers, and researchers located in the world’s key regulatory centers.

MLex’s content concentrates on predictive analysis of regulatory risk, with an emphasis not just on reporting but also on putting the regulatory environment into a risk context and offering guidance about future regulatory actions and effects. Demand for regulatory and compliance current awareness content has increased in recent years, driven by the rise in the number of in-house counsel employed in corporations. MLex has served this demand by focusing on a few horizontal compliance areas that are relevant to most corporations, such as antitrust, foreign trade, and intellectual property. To deepen its coverage of antitrust issues in the US, the company acquired the respected DC-based newsletter FTC:Watch in 2014. Demand for regulatory and compliance news and analysis has also been driven by recent high-profile corruption and malpractice scandals that resulted in record fines and badly damaged reputations. Again MLex met this demand by producing content to serve highly regulated industries such as energy, finance, and high-tech.

Around half of MLex’s customers are lawyers, making the acquisition an obvious fit for LexisNexis. However, LexisNexis is likely to be more interested in the other half in order to cross-sell its legal solutions to an adjacent group of users who are clearly interested in legal content.

Selling legal content to non-legal professionals is key to achieving significant growth as the legal information market in the US and Europe has reached a maturity point.

LexisNexis will use MLex to complement its Law360 legal news offering, another legal news startup that LexisNexis acquired in 2012. Law360 also focuses on the regulatory and compliance news for industries, and it serves content in over 40 industry segments, from automotive to hospitality. However, a crucial difference between the two is Law360’s use of technology that scours federal court systems and identifies relevant news stories; editors then assign these stories to reporters. Its articles are short and to the point to convey essential information without too much elaboration or historical context. This style works well for time-sensitive legal professionals (see Reports, February 5, 2015, US Legal News and Current Awareness Market Landscape.  To read Outsell’s commentary click on the link below.