Transparency:  Foreign Ownership of London Property Should not be Shrouded in Secrecy 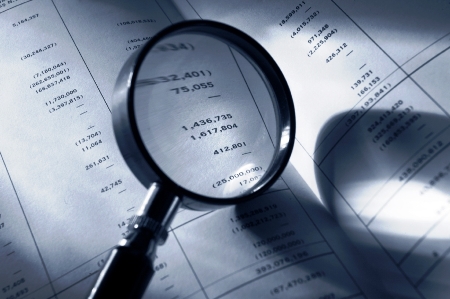 New research from Thomson Reuters and Transparency International UK has shone the spotlight on politically exposed persons (PEPs) owning land and property in London, with the focus on companies that are registered overseas.

Today all manner of investments are vulnerable to being used as part of the money laundering process. Previous research by Transparency International UK has shown that prime London land and property are a particular target for those looking to launder the proceeds of corruption.

Illicit wealth doesn’t simply impact the country from which the money has been stolen: it also impacts the country where the proceeds are spent. London housing costs are now a burning social and political issue in the UK. In order to avoid detection, complex and opaque corporate structures are often used to hide the origin of illicit money. This includes the use of anonymous companies registered in ‘secrecy jurisdictions’ such as the British Virgin Islands and Panama.

There are additional concerns if the company in question is connected to a PEP (someone in a prominent public function) who may have access to state funds and government contracts, and may therefore pose a potential risk.

Combining Thomson Reuters expertise in data analysis and Transparency International UK’s insight, we jointly decided to investigate land and property owned in London by overseas companies connected to PEPs to identify the level of money laundering risk. We linked a number of data sets, including Thomson Reuters World-Check, offshore leaks from the International Consortium of Investigative Journalists and publicly-available information including UK Land Registry data and the Open Corporates database. Despite using multiple data sources, researchers found that there was only data available on just over half (54 percent) of 23,653 unique overseas companies, representing 44,022 land titles, whilst nine out of ten of these companies were registered in secrecy jurisdictions, such as those named in the Panama Papers.

This lack of data means it is extremely difficult to ascertain any links between these companies and any individuals with political influence, who Transparency International believe cause the greatest corruption risk. Research did find 986 land titles owned by PEP-related companies, although the true number is highly likely to be much higher.

Of the land titles connected to the PEPs, the majority were concentrated in the high-value areas in London, notably the City of Westminster, the City of London and Kensington and Chelsea. The findings highlight that information about money laundering risks in the UK’s property market is being hampered by a distinct lack of data on the true owners of land titles.

Although it is possible to put parts of this jigsaw together with pieces of data from open repositories and leaked closed data sources, there is a massive gap where there is simply no public data on companies owning land titles. This should not be the case.

Yet the analysis of data to find evidence of links to corruption is proving to be one of the 21st century’s most effective weapons against crime.

Of course what that means is that people determined to preserve their anonymity will try ever harder to ensure they don’t leave any footprints in the data.

We must remain several steps ahead ensuring the development of advanced tools to shine a spotlight on those footprints by connecting various datasets. This is because as shown in this research great power exists when different sources of data are brought together to deliver a holistic picture of risk.