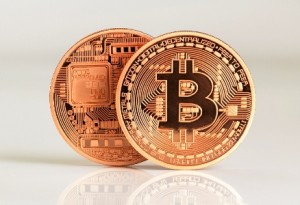 According to the Financial Times so called ‘Bitcoin whales’* control third of market with $37.5bn holdings Wealth in nascent cryptocurrency concentrated in mystery group of 1,600 investors.

This cluster of mysterious investors hold 1,600 bitcoin “wallets” — the digital stores held by individual users — containing at least 1,000 bitcoin each.  These unidentified, so-called whales captured a third of the market, around 5m bitcoins, stripping out bitcoin deemed lost or unused for years.  Just under 100 wallets contained between 10,000 and 100,000 bitcoin, roughly worth between $75m and $750m at today’s prices.

That the bitcoin market is so tightly held stands at odds with bitcoin’s mission to democratise finance by setting up an alternative monetary systemfree of central bank control and open to all. It also brings risks for smaller speculators.  “This concentration of wealth means that bitcoin is at risk of volatility, as the moves of a small number of people will have a large effect (on the price),” said Philip Gradwell, Chainalysis’ chief economist.

Bitcoin, the most popular cryptocurrency, enjoyed a dramatic bull run last year as retail investors rushed to try to cash in on its rise. Its price rose more than 1,000 per cent in 2017, peaking at about $20,000 in mid-December, but it has since fallen back to trade at around $7,500 as regulators begin to circle the freewheeling sector.

The Chainalysis data also revealed how some early investors were able to cash out their holdings as speculators arrived in droves.  Recommended Analysis Bitcoin Who really owns bitcoin now Last November, the amount of bitcoin owned by those who held the asset for more than a year was roughly three times that held by short-term investors who traded more recently. However, by April 2018, the data showed the amount held by long-term investors, at about 6m bitcoin, was much closer to matching the amount held by short-term speculators, with 5.1m bitcoin.

Chainalysis estimated that many longer-term holders sold at least $30bn worth of bitcoin to new speculators over the December to April period, with half of this movement taking place in December alone. “This was an exceptional transfer of wealth and conditions for it to occur again are unlikely to form again soon,” said Mr Gradwell. Experts also warn there are opportunities particularly for larger players to engage in market manipulation owing to the lack of regulation and the existence of informal over-the-counter markets. “A number of these larger holders do communicate with each other, they know [each other], they take stock of market activity,” said Dr Garrick Hileman, head of research at Blockchain and co-founder of Mosaic.io, a platform for market intelligence on crypto.

*What is a Bitcoin Whale?  The term “whale” is frequently used to describe the big money Bitcoin players that show their hand in the Bitcoin market. The ocean as a metaphor for the market is apt, since one can then extend it to include the big fish and the small fish; sharks; rallies as feeding frenzies; waves as market moves; and so forth. It may be, however, that the term “whale” has been applied to the wrong class of investor because the players described below are truly the biggest creatures in the ocean.