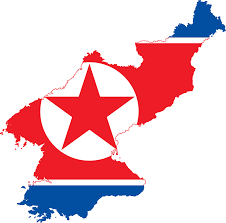 For a country that’s as “off the grid” as you can get, North Korea is remarkably plugged in to cyberwarfare. And their efforts here should concern you as much as their nuclear and missile programmes.

North Korea has been linked to some of the biggest cyber-attacks in history, including the Sony Hack, the WannaCry Ransomware, the Central Bank of Bangladesh Heist, and countless other attacks against South Korea and Japan and even US interests. And they are getting better.

Cyber activities are a key part of North Korea’s war strategy. According to a great report from the centre for Strategic and International Studiesa bipartisan think-tank- “North Korea sees cyber operations as a relatively low-cost and low-risk means” of operation. This allows them to “upset the status quo with little risk of retaliation or immediate operational risk.”

For Pyongyang, cyber capabilities are “an effective means to severely disrupt or neutralise the benefits of having a networked military.” If you read between the lines, that means the United States and its allies.

We shouldn’t be surprised by this. Cyber capabilities are rapidly becoming a tool in the arsenal of every military and intelligence organisation about the world.

Cyber-attacks are most effective against highly networked countries and militaries in places like the United States, the European Union and several governments in Asia, but less effective against disconnected countries like North Korea.  Think about that. North Korea can execute some of the most sophisticated and destructive cyber-attacks created, but their low-tech infrastructure makes them less vulnerable to those same kind of attacks.

To give you an idea of how much the country is unplugged, just look at a night time satellite photo of the Korean Peninsula. To the south, you have a glowing nation. To the north, darkness.

North Korea is clever in their use of cyber capabilities, deploying their cyber warriors outside their borders to conduct the attacks. That helps them hide the origin of the attack and deflect attention from Pyongyang, which naturally always denies any involvement. In the case of the Sony Attack, they even kindly offered to help find out who was responsible.

According to a defector, a former professor of computer science in North Korea, Pyongyang has a dedicated unit– Unit 180– that focuses on raising money from overseas hacking. Researchers say this effort has been more successful than other efforts to raise money and get around the sanctions. And it’s certainly more cost effective.

An official in South Korea says their government suspects Pyongyang had a role in attacks against banks in Poland, Vietnam, and the Philippines. In 2016 alone, North Korea is also suspected in hacks against more than 160 companies and government agencies in South Korea.

So what do we do?

As a first step we always need to maintain good cybersecurity here at home. Basic cyber hygiene on an individual level will do wonders in protecting you from any attack. As always, think twice before clicking an attachment or link because that’s how hackers get in.

At the national level, the United States needs to confront North Korea when it finds evidence it is responsible for an attack. The President’s direct calling out of Pyongyang from Sony put North Korea on notice. We will need to do more of that on the international stage.

And, of course, there are the covert efforts that may or may not be taking place. But I wouldn’t know anything about those.